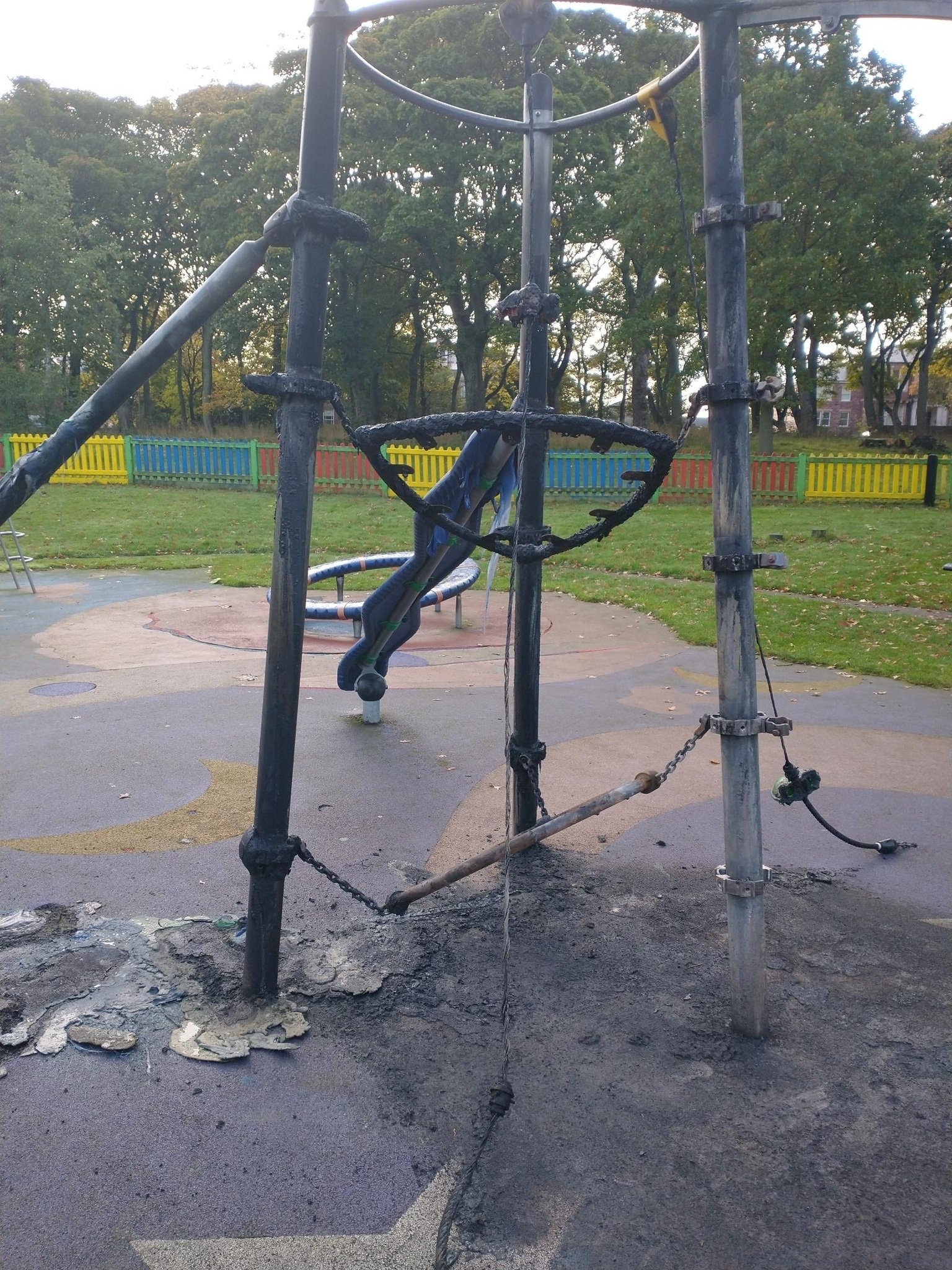 The Children’s Play area in Backhouse Park was recently set on fire by vandals, Sunderland City Council have reported.

According to the council’s official twitter account: “Significant damage was caused to the flooring and some of the play equipment, meaning this will have to be removed.

“We are currently reviewing nearby CCTV to attempt to identify those responsible. Extra patrols by Neighbourhood Wardens are also being carried out in a bid to ensure the park is not being targeted by unnecessary and needless actions.”

There is a dispute however, as to exactly when this happened.

While the council states this happened on Sunday evening, a local witness claimed on his twitter account that the incident occurred as early as Friday night, posting a photo of what appears to be a fire in Backhouse Park.