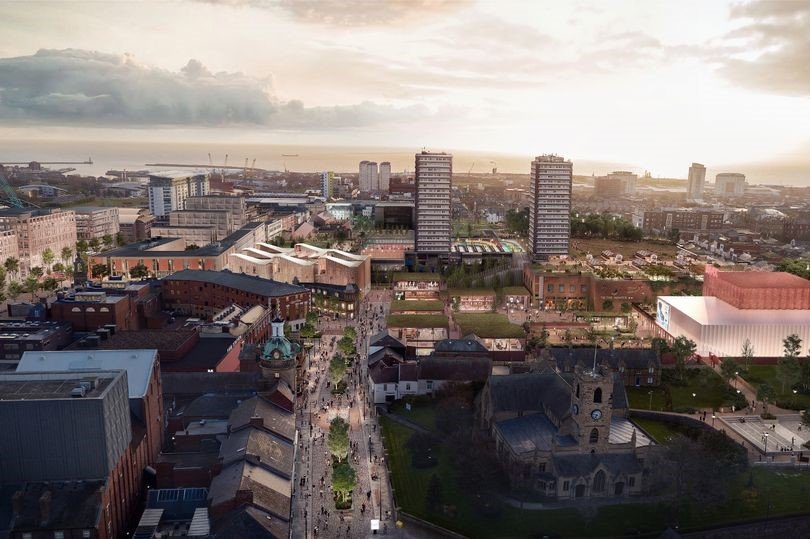 The £80m project will hold a 10,000-capacity arena, restaurants, hotel and food hall. It has been unveiled as the focal part of an £80m leisure development in the heart of Sunderland, on the former Crowtree Leisure Centre site.

Sunderland City Council is working with a range of partners to deliver the project, which includes a UK based industry-leading operator to shape the plans for the Council’s vision.

The New development comes on top of transformational projects that are already underway and planned for the former Vaux Brewery site and neighbouring Sheepfolds area. The project has attracted over £20m in funding from Sunderland City Council and Government and will move into advanced design stages if the city’s Cabinet signs off on the proposed budget for the scheme.

Councillor Graeme Miller, the leader of Sunderland City Council has announced: “The rate of transformation in our city points to the level of regeneration we are delivering for Sunderland, and this development raises that bar higher.”

“We set out an ambition to bring more experiences to the city as part of our Riverside Sunderland investment strategy, and you only have to look at the change to date in the city centre to see that it is more than an aspiration – its something we’re determined to make a reality.”

The old leisure centre was a public favourite and will be missed as this site is added to the growing list of plans to regenerate Sunderland.

“We’re transforming Sunderland, we’re delivering on our promise to residents. And we are proud to be spearheading a programme of change in Sunderland that is unlike any period of change in living memory. This new investment will be an incredible addition to the city centre.”

The arena is part of the council’s successful bid to the UK Government’s Future High Street Fund, which is earmarked to enable the demolition of the remains of the former leisure centre. The income from the new centre will recoup the council’s initial investment.

Sir David Bell, vice chancellor and chief executive of the University of Sunderland has said: “I have always said that a strong university needs a strong city and today’s announcement further strengthens Sunderland’s ambition to be a great place to live, work and study. We look forward to working with the City Council and other partners as this exciting plan comes to fruition.”