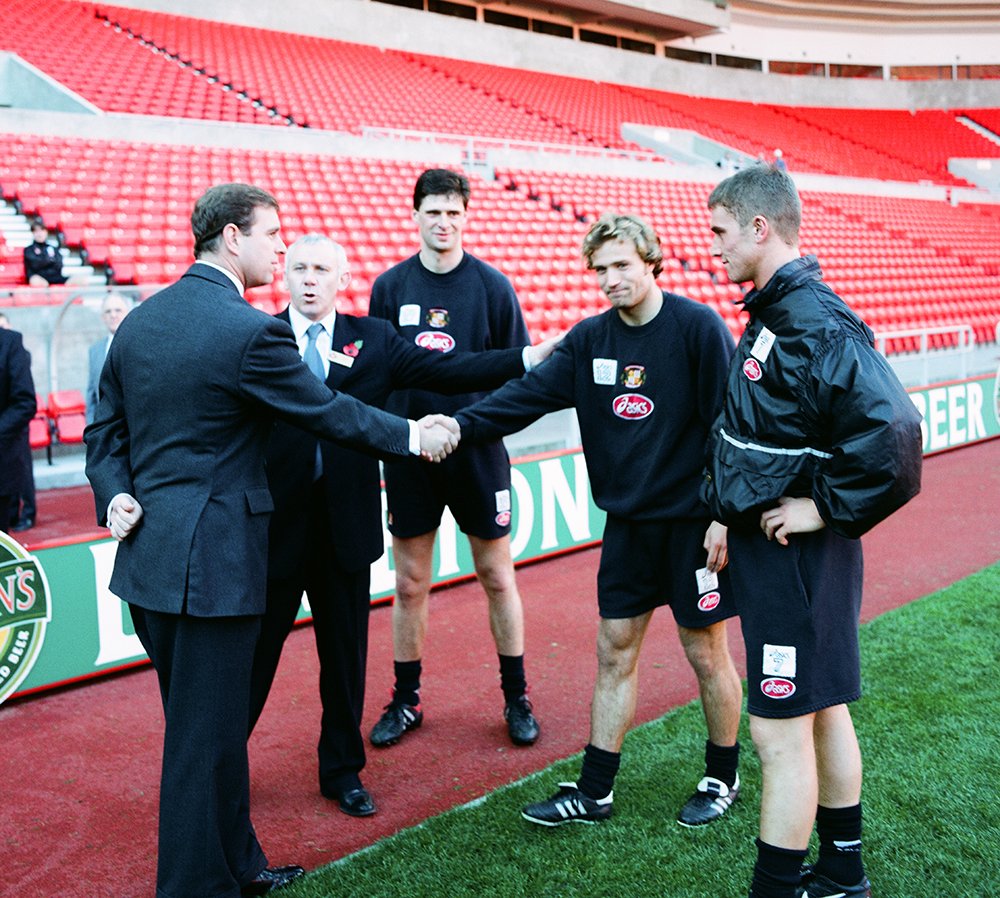 Who was it who officially opened the Stadium of Light for its opening game on July 30th, 1997?

Unfortunately, it was the now disgraced Duke of York Prince Andrew, who has been stripped of his HRH status and Military honours by the queen upon facing a lawsuit pertaining to allegations of sexual abuse against then 17 year old Virginia Giuffre.

Now, there are calls online from some Sunderland fans for it to be taken down, expressing worries that if it remains it could become a source of embarrassment for the club.

Others however, defended it as an unattachable part of the club’s, and for that matter Stadium’s history.

Yet irrespectively, there is no sympathy for the Prince. Whilst there is also of course the innocent until “proven” guilty angle to consider, the mere facts of being involved with Jeffrey Epstein’s child sex trafficking activities creates an egregious degree of culpability for the Duke of the York that irrespective of this case outcome, his conduct remains indefensible and his public image is surely beyond redemption.

The scandal is arguably the worst and most serious the royal family have ever faced.

What do you think? Should the plaque be removed?