Cancellation of the Sunderland Airshow: What’s happened since? 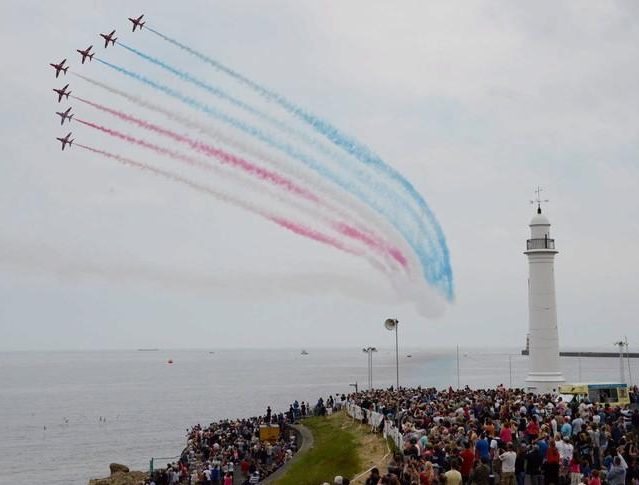 As soon as Sunderland City Council announced cancelling the Sunderland Airshow the public spoke up. Many people in the community group, Sunderland Have Your Say, sparked up a “Save our Airshow” campaign which also caused debate among members of the group.

A majority were devastated by the fact that it was going to be cancelled as this event brought a vast amount of money for B&Bs, local businesses and Sunderland while also entertaining those who lived in Sunderland and those who came from around the UK to see it. However, there have also been people who have said that they were “happy” with the Sunderland Airshow being cancelled.

Many people within the community said “The last couple was boring” and that the “airshow has run its course” but they also “feel sorry for the local businesses that used to get a real boost from it”. It is clear there have been mixed emotions when it has come to the cancellation of the Sunderland Airshow but those who want to keep it now have a chance to sign the petition that has been made.

“We, the undersigned, called on Sunderland’s Labour Council to u-turn on their decision to cancel the event and to apologise to residents for making this awful decision without proper consultation”.

However, what could the reasons be for its cancellation?

Firstly, Sunderland City Council did release a statement about the fact that they were refreshing its approach to events in response to residents’ feedback. The Sunderland event’s plan will focus on key areas such as:

Councillor Graeme Miller said: “No one who has witnessed the extreme weather events of recent years, from wildfires and droughts across Europe to storms and heatwaves we’ve experienced here this last year, can be in any doubt about the devastating impact of climate change is having on our planet. Residents have identified the environment as one of their top concerns and both the council and the city have committed to tackling the global climate emergency by reducing carbon emissions. This makes it all harder to justify events such as the airshow, which generate large amounts of carbon, going ahead in the future”.

However, Cllr Miller has reassured us that they remain committed to delivering events for the families and people of Sunderland, next summer Sunderland is hosting the World Triathlon Championship series and he has said “We are looking to hold an Armed Forces event at the seafront next summer, so that we can continue our longstanding and valued relationship with our partners and veterans across the Armed Forces community”.

Furthermore, UNISON also has data visualisation about how the funding gap each council has in the UK. It has shown that Sunderland City Council has a £16,667,000 funding gap which is vital for local services such as refuse collection, public health programmes, care for the elderly and many more. It says “without funding, services you and your community rely upon could soon disappear”.

A member of the community group, Sunderland Have Your Say, said: “I’d rather they spent money on local services than the airshow myself. I do agree that the council should have been more upfront about the reasons why they cancelled”.