Chaos in Hendon as “Stolen Pharmacy Van” Collides With Bus 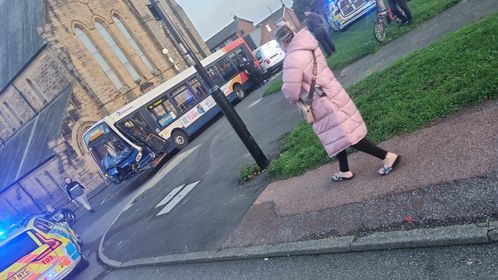 Fire Brigades and Police were all present in Hendon yesterday evening after what was described as a “stolen pharmacy van” reportedly smashed into the front of a bus.

The incident, which occurred at round 6pm yesterday, occurred on Suffolk Street south of Sunderland city centre, directly in front of St Ignatius’ Church. The street was subsequently cordoned off.

The front of the bus was significantly damaged by the collision.

The driver of the bus reportedly escaped uninjured, with one onlooker saying that he had “miraculously” avoided harm.

However, there were reports of at least one individual receiving a leg injury.

Three people have since been arrested in connection to the incident.