Dark Sunderland: What Happened to Molly Moselle? And Does She Haunt the Empire? 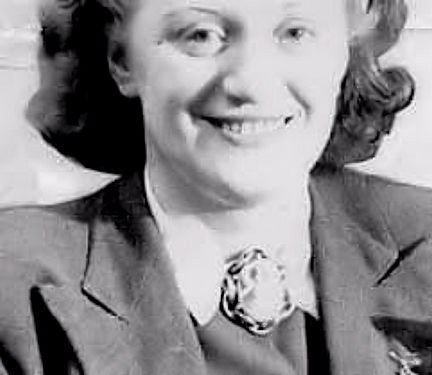 In 1949 a 33 year old dancer who worked at the Sunderland Empire vanished in circumstances that have never been explained, leaving behind a spooky and tormented legacy at the city’s famous theatre. Here in the latest installment of our “Dark Sunderland” series, we bring to you the mystery of Molly Moselle, an ordeal which remains enshrouded in mystery, yet had an equally grim conclusion to it.

Mary Burslem was born in 1916. Adopting the stage name of “Molly Moselle”, she was talented, she was popular and had a seemingly happy outlook amongst her colleagues, taking roles as both a dancer and an assistant stage manager at the Empire, but beneath it all laid a troubled love live where she had never been able to find the man quite right for her. It was known that she had engaged in a 16 year relationship with a married comedian known as Bunny (Bernard) Doyle, a Yorkshireman, a veteran of the First World War and a recipient of the Victoria Cross, who’s previous marriage had broken down but divorce laws of course were different back then. Bunny later died in 1954, five years after Molly disappeared.

Bunny however, fell in love with another actress performing at one of his pantomimes, leaving Molly feeling betrayed. She then met a hotel owner in Sheffield, known as Walter Hattersley, a wealthy man who was much older than her. He bought her a £200 ring that she felt was too expensive to wear, but believed he was getting engaged to her. He had other ideas. Then one night after her found her drunk on his bathroom floor, he decided to end the relationship with her, breaking her heart. Begging for him to come back, she wrote letters to him pleading. Then on Friday 14th, 1949, she told her friends over lunch she had received a letter from him which reduced her to tears, and she was unable to say what it said.

That would be the last time they ever seen her. That evening, she told her landlady she had forgot to post a letter, leaving into the night. She never returned. Prompting a police investigation and national headlines, with people searching all over the country including in the other cities (Sheffield) she had been in. The Police interviewed many employees of the empire and those who knew her, but there was no trace of her to be found… and no explanation as to where she could have gone.

Then, 11 years later in the year 1960, a police boat on the River Wear discovered something gruesome. A human corpse which had been buried a shallow grave had been washed into the river by flooding. The corpse was significantly decayed had lost all of its limbs except half of a leg. An inquest found it was the body of a woman aged 25-50 years of age, and 5’3ft inches tall… the same height as Molly. Yet due to the lack of DNA testing technology in that era, it was impossible to verify who it truly was, or for that matter what happened to them. The body was laid to rest somewhere in the city.

What happened to Molly? It remains a mystery whether the body was her and that was murdered in some mysterious way, or that she simply run away and started a new life (although the latter seems unlikely). Yet her legend lives on as a rumoured ghost which allegedly haunts the Empire Theatre, and of course she’s not the only who apparently does given Sid James’ is also associated with the premises. It is of course conceived that Molly is given the romantic tragedies of her life, a vengeful and unhappy spirit still looking for her companion in the venue which dominated her life. It was a popular story amongst staff in past decades gone by, yet as her memory fades, so has in turn apparent “sightings” of her.