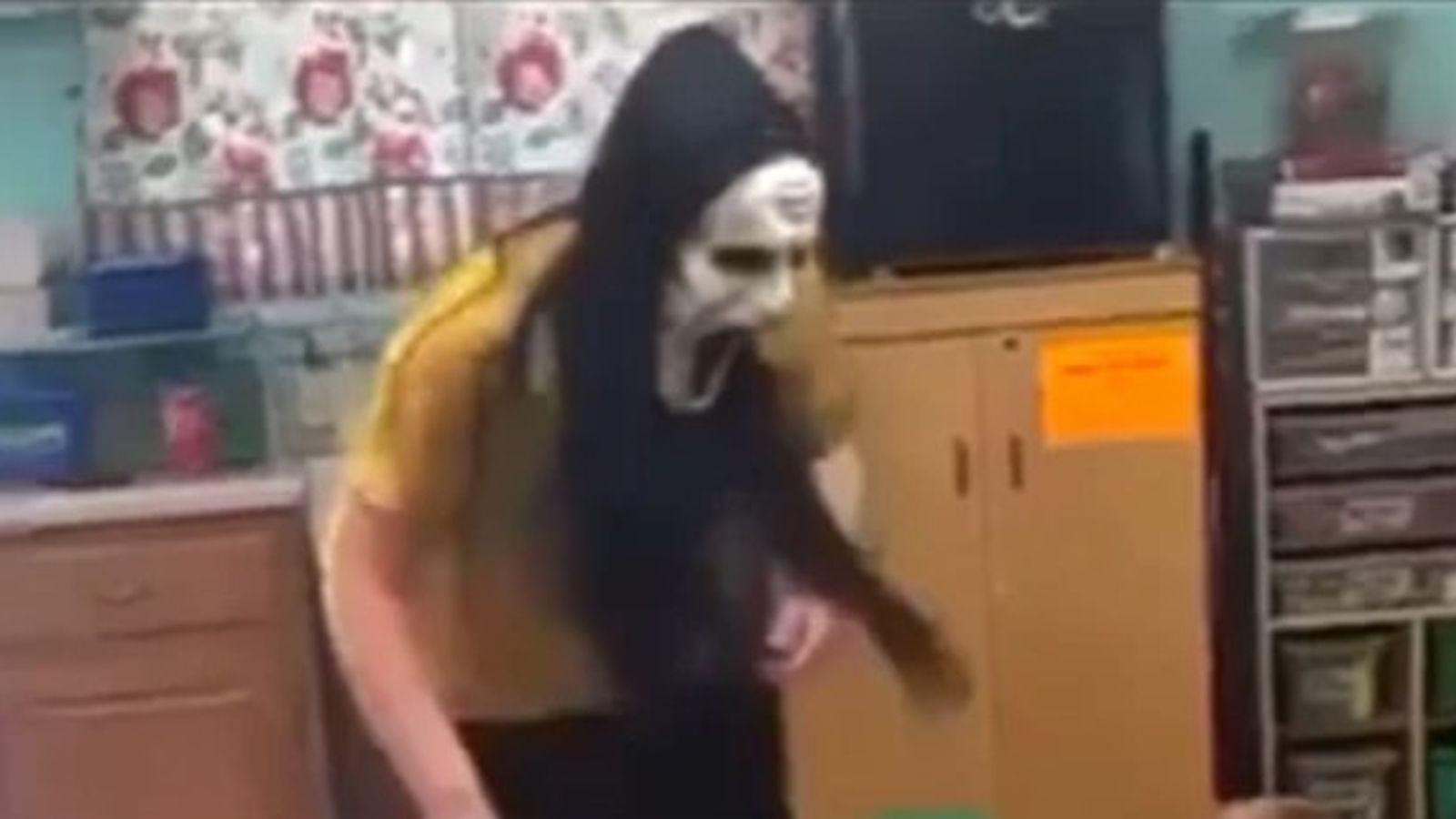 Five daycare workers, who put on Halloween masks and chased terrified children at a Mississippi nursery, have been charged with child abuse after a video of it went viral online.

Shocked parents saw the employees sneak up on the children, who then began screaming and crying.

Sky News partner NBC reported it prompted an investigation by the Mississippi State Department of Health and the Monroe County Sheriff’s Office.

Now, four of the employees face three counts of felony child abuse, and a fifth faces failure to report abuse and simple assault against a minor.

The nursery owner, Sheila Sanders, previously told local newspaper the Monroe Journal that she fired the employees involved after learning about the incident, which she said she was not aware of until she heard about the video.

“I don’t condone that and never have,” Sanders told the newspaper.