Government accused of ‘Shambles’: Migrants moved from overcrowded centre – as 222 children put in hotels are missing  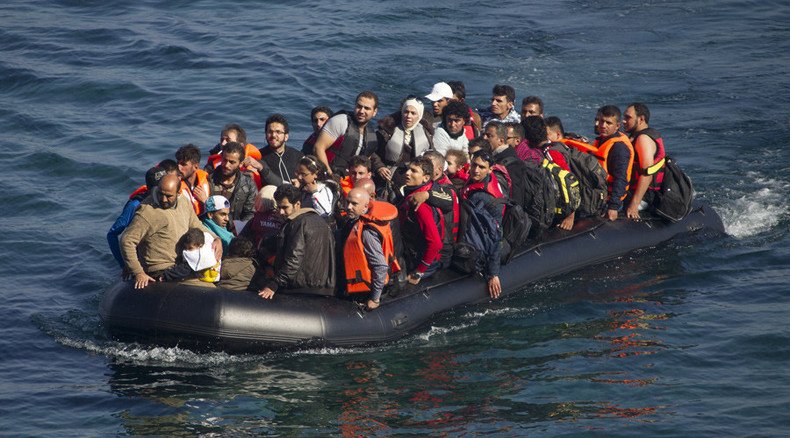 Hundreds of migrants and Asylum Seekers have been moved from an overcrowded immigration centre in Kent – with the government accused of presiding over a “shambles”.

The Manston processing centre is designed to hold up to 1,600 people for no more than 24 hours, but as of Monday, there were 4,000 on the site.

Some migrants are threatening to self-harm and go on hunger strike, with unrest “spreading across the camp”, Sky News has been told.

In other developments, new figures suggest 1,322 asylum-seeking children have been housed in hotels rather than long-term homes over a three-month period – and 222 of them are missing.

Last night, immigration minister Robert Jenrick said “good progress” has been made in alleviating overcrowding at Manston, with the number of migrants there “falling substantially”.

Mr Jenrick expects more people to be moved today, and said: “Unless we receive an unexpectedly high number of migrants in small boats in the coming days, numbers will fall significantly this week.

“It’s imperative that the site returns to a sustainable operating model and we are doing everything we can to ensure that happens swiftly.”

Local Conservative MP Sir Roger Gale has also said that “several hundred” have been relocated, but it is unclear where they have been taken.

On Monday, Sir Roger had warned the situation at Manston was a “breach of humane conditions” – and given there have been reported outbreaks of MRSA and diphtheria, he described overcrowding as “wholly unacceptable”.

The British Red Cross also said: “It’s clear that immediate action is required to ensure that the men, women and children who have just made a dangerous and potentially traumatic journey have their basic needs met in a safe environment.

“No one should experience overcrowded accommodation that puts them at risk of disease and potentially being detained unlawfully.”

It is reported that some migrants inside Manston are threatening to self-harm and go on hunger strike in protest at being detained.

The Prison Officers’ Association represents 170 people who are working at the site – and assistant general secretary Andy Baxter, who saw conditions for himself when he recently visited the centre, has warned “unrest is spreading across the camp”.

Mr Baxter said: “Our members are facing threats from people constantly saying ‘What’s happening to me? Where am I going? When will I be getting moved on?’

He said some POA members have concerns for their safety, and there have been a few incidents of people making homemade “weapons” from things like wooden cutlery and toothbrushes.

Warning that there could eventually be a “serious breakdown in public order” at Manston, Mr Baxter added: “So far there are no incidences of those weapons being used on anyone – it seems to be something that people want to carry – but our members are really concerned.”

Some of the people being held at Manston have been there for weeks as there is no alternate accommodation to move them to, and they cannot leave until they have somewhere to go.

It is difficult to speak to people inside because they have had their phones taken off them.

But the charity Humans for Rights Network shared accounts with the media from two asylum seekers who were in Manston about a month ago. They are both 16-year-old teenagers from Sudan, and are now in hotels in London.

One said: “I spent 17 days in Manston. I slept on a blanket and was covered with another blanket which was not enough for me and I was feeling cold. There were daily fights between people during my stay.”

The other said: “There were no beds in the tents, not even chairs. We used to put the food boxes on the floor and slept on them.

“I spent all the time in the clothes they gave me when I arrived and they were wet with rainwater. A skin disease spread during my stay and I was afraid of getting infected with it.”

We can’t independently verify these accounts, but Mr Baxter described seeing “large marquees with quite poor facilities” – and a lack of beds and furniture.

Away from Manston, councils have “significant concerns” about unaccompanied children being sent to live in hotels by the Home Office – with local authorities often not informed ahead of time.

More than 1,300 child migrants were placed in hotels this summer – and as of 19 October, 222 of these young people are missing.

Home Secretary Suella Braverman has said that, when a child goes missing from hotel accommodation, the Home Office works “very closely with local authorities and the police to operate a robust missing persons protocol”.

The Local Government Association is urging the government to work more closely with councils – and help them support children coming to the UK without parents or guardians.

Louise Gittens, chair of the LGA’s children and young people board, said: “Councils don’t want to see any child placed in a hotel by government, which is completely unsuitable for unaccompanied children.

“It is deeply concerning and unreasonable that these hotels, which were introduced as a short-term emergency measure, remain in use, especially as the number of children going missing from them continues to grow.

“We urgently need a plan to tackle this crisis and ensure children can move quickly to their permanent placements.”

Yesterday, peers in the Lords criticised Ms Braverman – with Labour’s home affairs spokesperson Lord Coaker describing the situation regarding asylum processing as a “shambles” with “terrible consequences for people”.

But former Brexit secretary Lord Frost defended Ms Braverman, and said: “We have seen over the last couple of days what seems to me to be an almost obsessional pursuit of the home secretary who is dealing with a series of extremely difficult substantive problems.

“A pursuit on the basis of leaks, anonymous briefings, the usual oversensitivity about words.”