Indonesian Woman Dies After Being “Swallowed Whole” by a Python 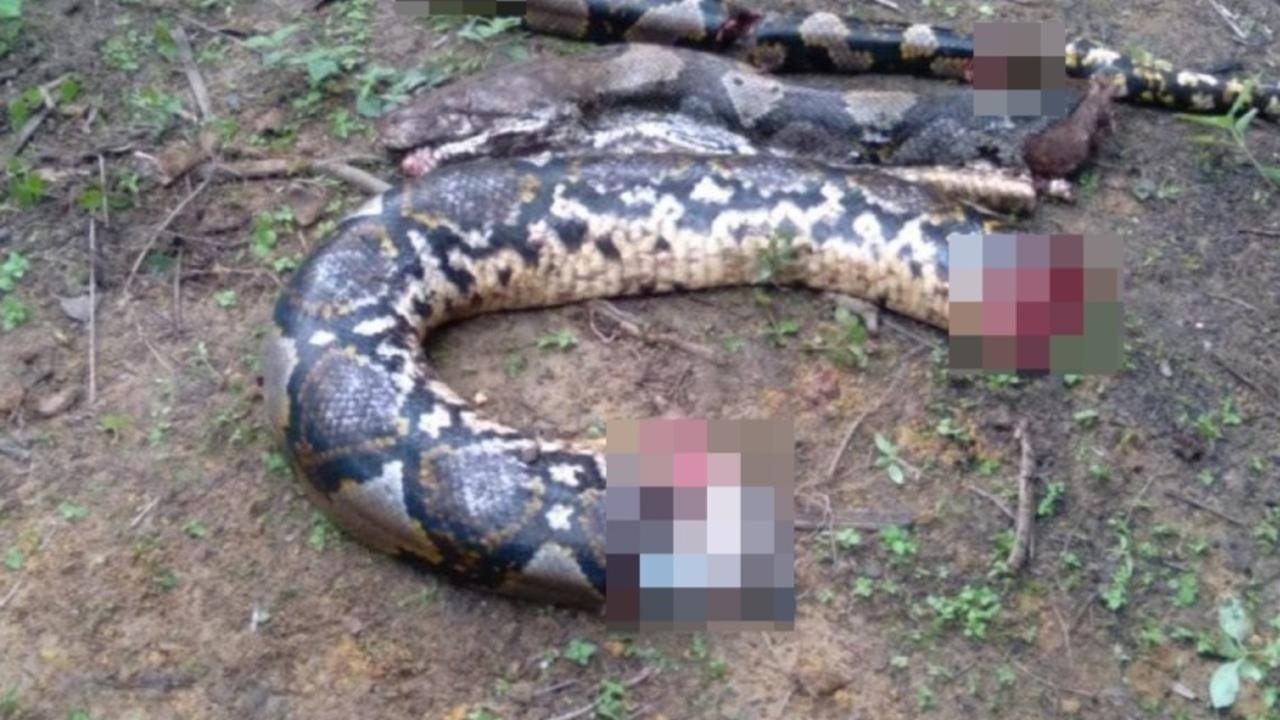 A woman in Indonesia’s Jambi province was killed and swallowed whole by a python.

Jahrah, a rubber-tapper in her 50s, had made her way to work at a rubber plantation on Sunday morning.

But she didn’t come home.

After she was reported missing, search parties sent out to find her. A day later villagers found a python with what appeared to be an unusually large stomach.

The villagers killed the snake and found her body inside.

“The victim was found in the snake’s stomach,” Betara Jambi police chief AKP S Harefa told local media outlets, adding that her body appeared to be largely intact when it was found.

He said the victim’s husband had on Sunday night found some of her clothes and tools she had used at the rubber plantation, leading him to call on a search party.

After the snake – which was at least 5m (16ft) long – was spotted on Monday, villagers then caught and killed it to verify the victim’s identity.

“After they cut the belly apart, they found it was Jahrah inside,” Mr Harefa told CNN Indoneisa.

Though such incidents are rare, this is not the first time someone in Indonesia has been killed and eaten by a python. Two similar deaths were reported in the country between 2017 and 2018.

Pythons swallow their food whole. Their jaws are connected by very flexible ligaments so they can stretch around large prey.

One expert had earlier told the BBC that pythons typically eat rats and other animals, “but once they reach a certain size it’s almost like they don’t bother with rats anymore because the calories are not worth it”.

“In essence they can go as large as their prey goes,” said Mary-Ruth Low, conservation & research officer for Wildlife Reserves Singapore.

That can include animals as large as pigs or even cows.