Jimmy Jesus: The Untold Story of One of Sunderland’s Most Famous Characters 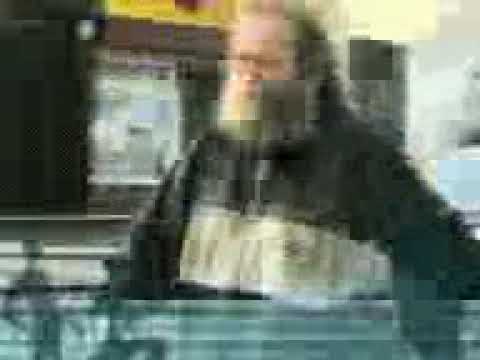 Here by popular demand! A month ago we launched our Characters of Sunderland article and the most common feedback we received was that the article did not mention “Jimmy Jesus”- But who is he? And why is he so known throughout the town? And what happened to him? Here we reveal the mystery of what may have been Wearside’s most famous homeless man, piecing together all the research that could be attained on this eccentric yet also tragic individual, the Untold Story so to speak.

Jimmy Jesus was an apparent homeless man who roamed the city, especially North of the River. His real name was apparently “Tony Lydon” and his nickname was derived from his long, messy tangled hair and beard. Seemingly desperate for food, he searched in local bins. According to an Urban Dictionary entry in 2005, the “Jimmy Jesus” name is a well established description for a “bearded tramp” and is not exclusive to the character. A similar man was given the name in Newcastle, and there was also a street preacher in the Netflix Drama “The Peaky Blinders” with that name.

Tony’s life was a that of a tragedy, as opposed to amusement. However, it did not start that way. A birth record for an “Anthony Lydon” in Sunderland can be found from 1954, we will attribute this as him. Several sources have claimed that he was in fact a clever man before whatever broke him later. He grew up in Southwick and ended the area’s West school. Here he is described as studious, a frequent visitor to the library. Later, at a time before University Access was widely available, he went to study at the University of Leeds. He also frequently visited a local pub in Southwick and used to enjoy a Samson. He was also unconfirmed to have even been a lecturer at one point. A Marriage record exists from 1981 whereby an Anthony Lydon married a “Judith Phillips” in Sunderland. In 2002, Judith lived in the area of SR6. This seems to place it beyond a coincidence.

The biggest question of course is “how” did he become the way he did? This is what is not clear, but there are several theories which involve him suffering a “Mental breakdown” of some kind. One source claims that this happened through the breakup of a partner, the other said that as a lecturer he suffered a violent assault against him which destroyed his self-esteem. The existence of a marriage record indicates that it was the former and that divorce ruined him. Either way, the trend seems consistent that a seemingly smart and successful man associated with academia, and fell into a spiral of decline which seen him rendered partially homeless and lose all confidence to even look after himself. This led into deeper health problems, including his legs or feet, as demonstrated by the way he hobbled around as seen in this video of him.

What might surprise people further is that Jimmy’s “homelessness” was not so much desperation, but partially a self-imposed choice of sorts. Multiple sources repeat the same claim that he in fact slept in a mattress on a shed in Red House. The Shed was in the garden of a three bedroomed house in Rawdon Road owned by his brother (now also deceased) who refused to have him in his house due to his filthy condition. Although these claims admittingly make little sense because how could you treat your brother like that? It must have been a strained relationship to say the least.

Jimmy Jesus died on March 5th, 2007. The death record of a “Mr Anthony Lydon” located in the postcode area of SR5 was located on archives. The cause of death is also a matter of speculation, but it’s not hard to see why if you are living in such a deteriorated state, with visible health problems and not making any effort to look after yourself. The story goes that he was in fact found dead in the Red House shed he was residing in. Locked from the inside, Police had to break in and discover him. Some stated that the bitter exposure of living outside killed him through pneumonia.

That concludes the story of Tony Lydon. Sometimes people face challenges in life and it can have a devastating deteriorating effect on them, but few crash downwards into such a miserable existence as to what “Jimmy Jesus” did. The morale of the story is to always support, uplift and encourage those who are close to you and that there is no shame in seeking help.