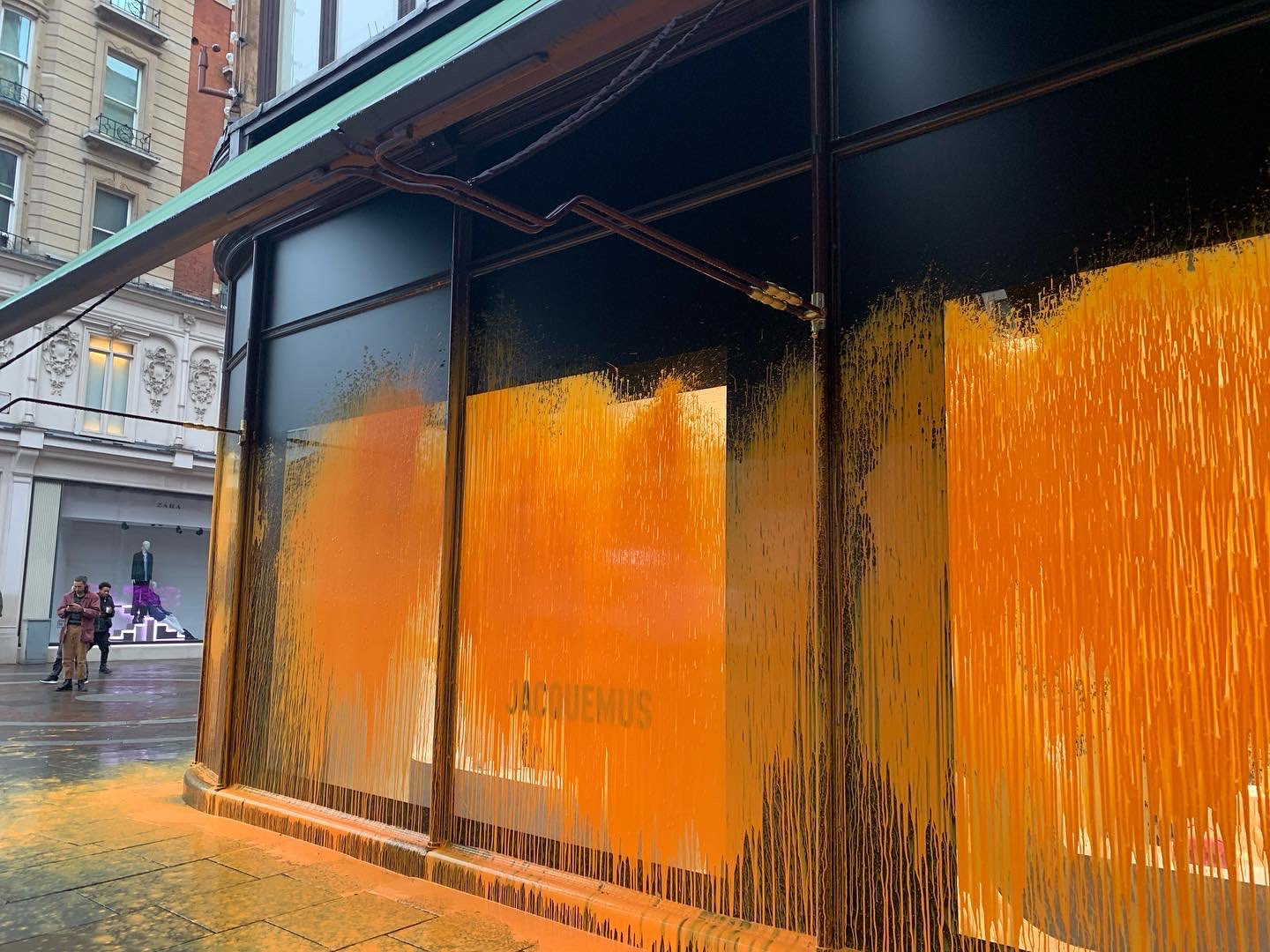 18 “Just Stop Oil” protesters have been arrested in London after spraying orange paint on the front of Harrods in central London as they continue disruptive and provocative demonstrations throughout the UK as they continue to call on the government to end all “new oil and gas”.

About 20 demonstrators gathered outside the luxurious department store in Knightsbridge at about 9am on Thursday for a 20th consecutive day of disruption to the capital.

A video shared on Just Stop Oil’s Twitter account shown two protesters spraying paint on the windows of Harrods. A second clip appeared to show the pair being taken inside the store by security guards.

Other protesters stopped traffic in Brompton Road, where the store is located, with some gluing themselves on to the tarmac.

The London Metropolitan police said the protesters were being removed from the scene by specialist officers. It confirmed two people had been arrested on suspicion of criminal damage.

A Just Stop Oil spokesperson said: “Our government is criminally incompetent and morally bankrupt. They are actively seeking to accelerate fossil fuel production, which will kill millions of people, while failing to address the worst cost of living crisis this country has ever seen.

“Vulnerable people will be freezing to death in their homes this winter while the government refuses to tax the rich and the big energy companies that are profiting from our misery.”

Later on Thursday, the Met confirmed 18 people had been arrested for the alleged wilful obstruction of the highway in Brompton Road and taken into custody.