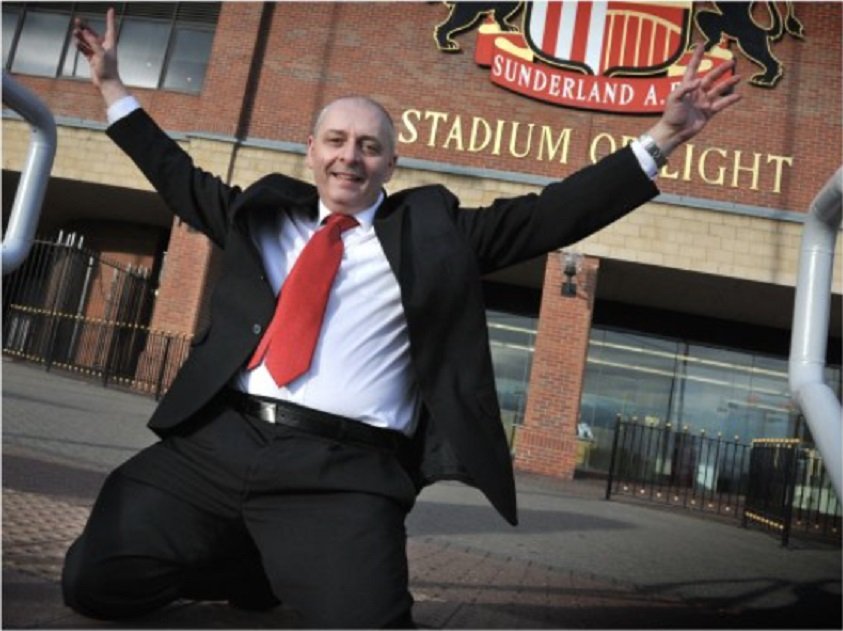 Steve Turner is a Sunderland fan who gained a brief stint of fame as a dancer under the title of the “Mackem Mover“, which started as a laugh, but went on to feature in several national television shows.

Turner, a dad of two who worked at a call centre at the time, started his Mackem Mover act at Sunderland games in his Sunderland shirt at around 2008, competing with a Newcastle rival known as “The Geordie dancer” (David Johnson).

He quickly gained attention for his quirky and robotic like movements.

Catching the attention of the Mainstream Media, journalists began to play up his rivalry with the Geordie Dancer and he was soon invited onto Soccer Am. The two later had a dance off on the same channel.

By 2012, Turner then got an opportunity to compete on Sky’s “Got to Dance” series 3, hosted by Davina McCall. His performance got 3 gold stars and a standing ovation.

However, for reasons beyond his control, the show would prove to be his last big moment of fame, as on returning home after the show he suffered a heart attack, which left him needing emergency surgery.

Turner recovered, but ultimately the health scare diminished his confidence and likely urged him to “wind it down” which led him to disappear from public view.

in 2018, the Sunderland Echo ran a polling competition asking readers to nominate the “Best Sunderland dancer of all time”, nominating the Mackem Mover alongside Dave the Rave and Rachel McCann Parkin.

Having been out of the spotlight for a few years, Turner came third with 10% of the vote, with Dave the Rave sweeping an overwhelming victory at 68%.