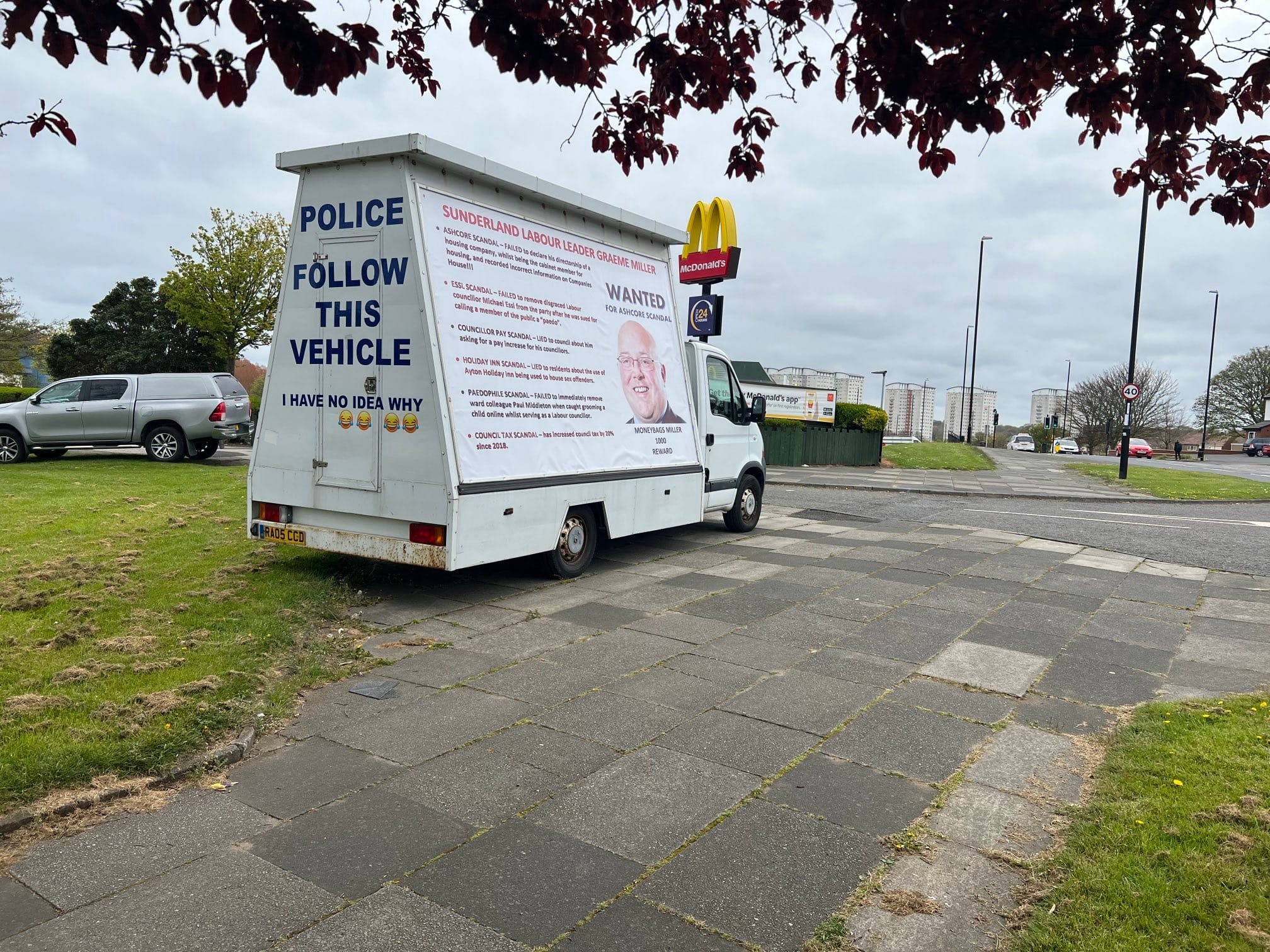 Local Anti-Labour campaigner Len Lowther says he has received a cease and desist letter threatening legal action against him over allegations published on his “truth truck” against Council leader Graeme Miller, which he has been touring around the city.

Lowther, a retired firefighter and owner of a fish and chip shop on Roker Promenade, has been in a longstanding confrontation with Labour party representatives in Sunderland, an ordeal which worsened when he was falsely smeared by councillor Michael Essel as a “paedophile” in 2020. Essl was later forced to apologize for the slander.

Known for his sandwich billboard posters concerning the council, Len’s “truth truck” has been regularly seen around Sunderland, especially during local elections, whereby he has criticized the party for various matters. Recently, he took the truck to Miller’s own ward in Washington, as well as to around Farringdon.

The latest controversy stems around a saga pertaining to Graeme Miller’s alleged role in a housing company known as “Ashcore Homes” which Len alleges to be a conflict of interest. It is clear that Miller on the other hand, sees this as an act of defamation.

On receiving the alleged legal letter, Len posted via the “Sunderland Corruption” page that the council were attempting to silence his freedom of speech, but vowed to stand his ground on the belief that his comments were “true”.

Labour MP for Sunderland Central Julie Elliott had also pursued legal action against Lowther accusing him of harassment, but he was ultimately found not guilty and acquitted.,