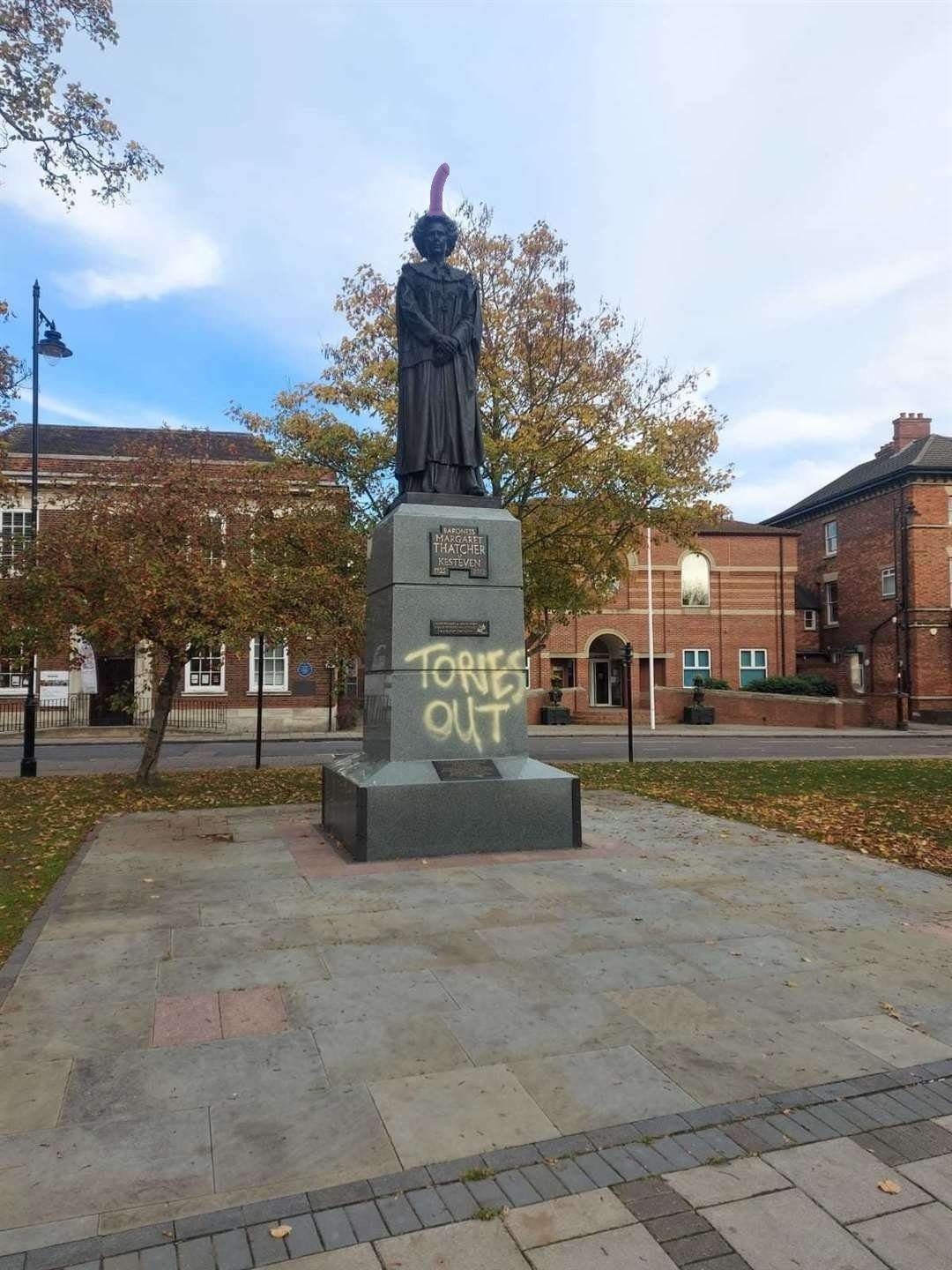 The £300,000 sculpture in St Peter’s Hill in Grantham, which is subject to CCTV surveillance, has been daubed with the words “Tories out”.

It is the third time the statue, which was met with many objections, has been vandalized.

The bronze statue was vandalised in May two weeks after a man was fined for egging the monument within hours of its installation.

Lincolnshire Police said it was being treated as criminal damage.

The sculpture, which sits atop a 10ft (3m) high plinth, was offered to South Kesteven District Council after plans to erect it in Parliament Square in London were rejected.

Margaret Thatcher was Britain’s first female prime minister, who ruled from 1979 to 1990.

However, her legacy highly divides public opinion, with many in Northern England having suffered from her policies which depleted Britain’s industrial base and led to mass unemployment.