Meet the Communist Who’s Standing For Election in Millfield 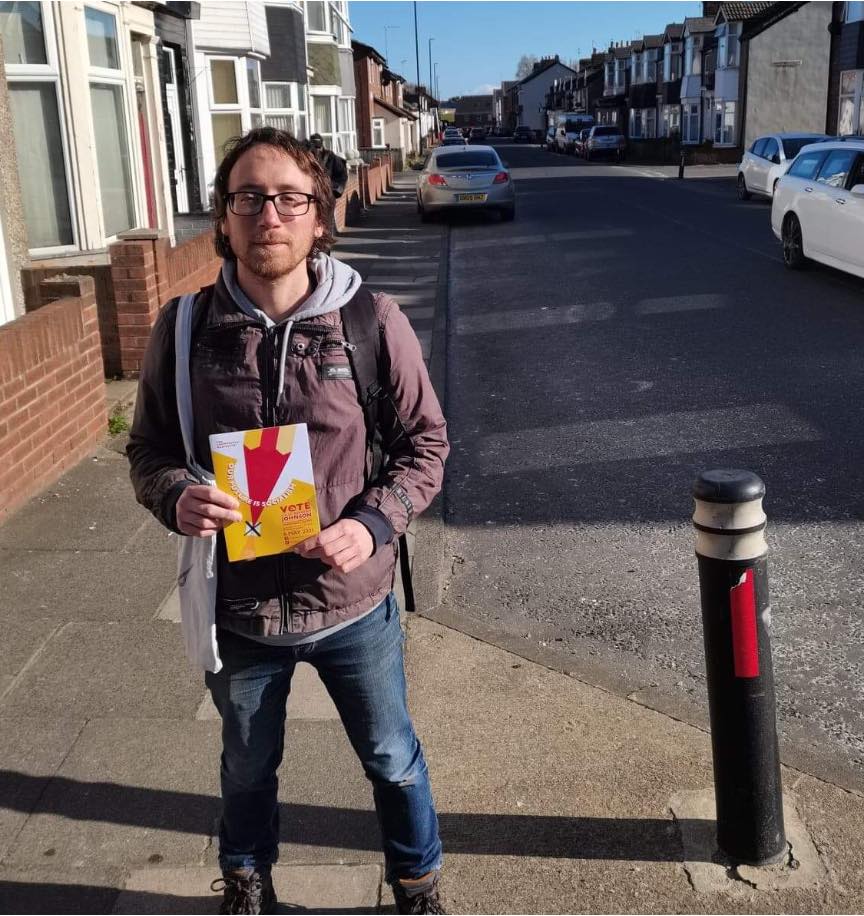 For the second year running, the Communist Party of Britain (CBP) will be fielding a candidate in the Millfield Ward of Sunderland, to the west of the City Centre. Their candidate? A young brewer known as Julio Romero, originally hailing from Spain. Julio says he is committed to fighting for working class politics, “putting people before profit” and the revival of Sunderland as a whole.

But why is there is a Communist standing in Sunderland? And what does he stand for and believe in? SGM had the opportunity to interview Romero. He is of course an underdog in the bigger scheme of things, for most of its history the CBP, a successor of the former “Communist Party of Great Britain” has been a marginal force in British politics due to the dominance of the Labour Party and instinctive anti-Communism amongst the public.

In recent years however, the party has experienced an uptick of sorts as the left have become increasingly disillusioned with the right leaning Labour leader Keir Starmer, who has sought to pivot to a “Tony Blair” position and has stamped out the legacy of Jeremy Corbyn. By the end of 2021, the Communist Party claimed over 1500 members, an all time high.

Romero says that he is a Communist because he believes in “a society that puts working class interest,
the vast majority of the population, at the heart of its decisions.” He argues that the legacy of capitalism has been “devastating” for Sunderland, pointing out that the “closure of the pits, the shipyards or the Vaux brewery were all brought about “by private than community interests” and that industries such as Nissan constantly threaten to “pick up and leave“.

He also vows to support “public ownership” of key industries, essential services and infrastructure, aiming to “minimize economic differences” between regions in Britain, vowing to fight for a “new deal” for council funding for the city. He believes that in a socialist society: “There wouldn’t be private energy companies making millions out of the basic needs of society and people having to choose between eating and heating, or with fear of loosing their homes.”

When questioned about how the British public tends to understand communism, and often frequently criticizes it, he stated “There are many misconceptions around communism due to the propaganda spread by mainstream media, which is owned by big businesses. Communism defends the interest of the working class which clashes with big business interest. If mass media is owned by big business they are not going to talk very well about an ideology that goes against their interest.”