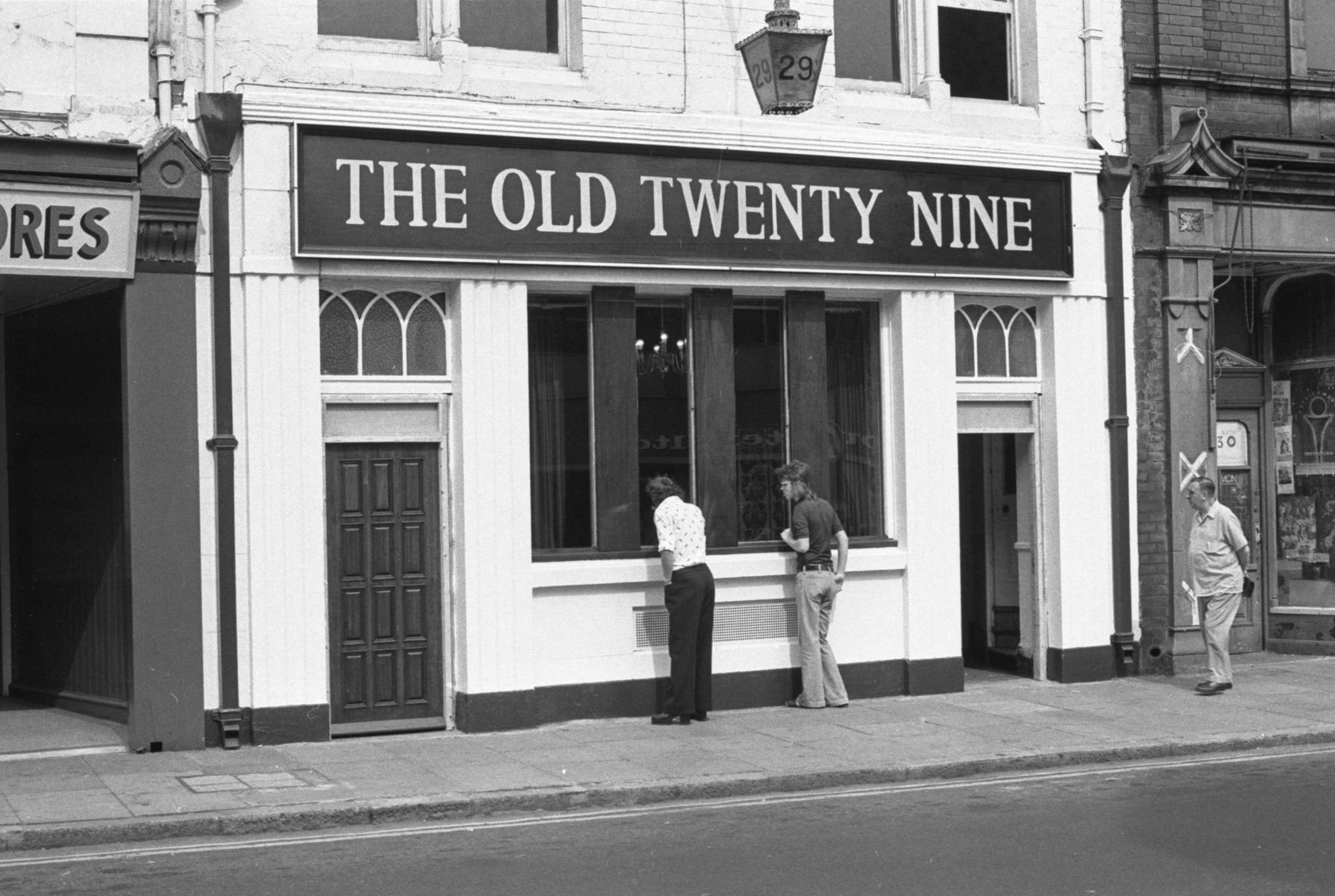 The Old Twenty Nine is a former pub which was located in Sunderland City Centre off High Street West and next to Crowtree Road. Originally known as “The Boilmakers Arms”, it gained its new name in the 1970s and quickly established itself as one of the most famous and loved pubs in the city.

The pub is fondly remembered for its lively atmosphere and for the variety of bands and music it hosted. Many residents have continued to describe it online as “the best pub in Sunderland“.

The bar of course was also known for its less “pleasant” characteristics too. Described as having a “glass carpet” with broken glass everywhere, “flooded toilets” and also being called “rough” by some. The Old Twenty Nine was one of a kind.

Yet that doesn’t seem to bother most, people think favourably of the pub because of the warm memories and sense of belonging it brought, even if it was at times hazardous. It shows the importance of the spirit of a place, as opposed to simply how glamorous it may be.

The pub sadly closed in the late 1980s. The building was at some point later demolished, bringing the end of an incredible era in Sunderland pub life. It is important that future generations do not forget this legacy as those who remember it disappear in years to come.

Perhaps one day, a pub of the same (with nicer conditions of course) will return to Sunderland.