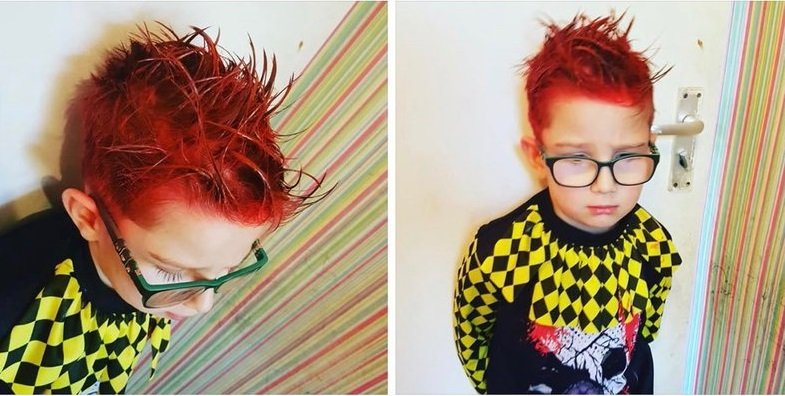 A mother from an undisclosed location in the UK has gone viral on the internet after she accidentally sprayed her son’s hair with paint mistaking it for hairspray which she bought from Poundland.

Describing herself as “the worst parent in the world” the mother told social media that she had spent 30 minutes scrubbing her son’s head, which is now coloured red, frustrated that she “can’t get it out”.

The fiasco attracted ridicule from twitter users, one who said “Lucky kid. Every day is Halloween for him until Christmas“. Another user mocked: “Send your kid to school looking like Jo Brand“

Others criticized her for publicly posting her son’s identity online “Felt so bad about it that she posted it on Facebook so the poor kid could be humiliated even more“.