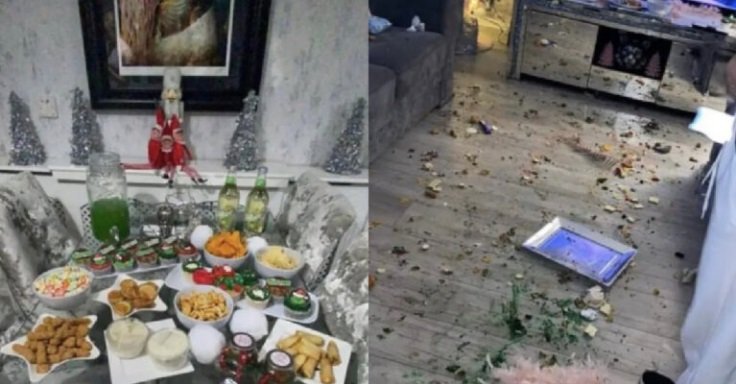 A Mother from Northern Ireland paid for a “Grinch” to come to her home and visit her kids, only for the experience to be more realistic than she bargained for…

Laura Magill from Belfast posted on facebook that she had paid £85 to get what was advertised as “the grinch to come and mess around with the kids, have pillow fights and put toilet roll around the Christmas tree”

However, she then stated that this “grinch” proceeded to destroy her home, throwing “Party food all over the place”, Christmas decorations broken, “fairy liquid poured on my kitchen floor” as well as a “full bottle of orange juice”, along with her son’s new onsie ruined.

Not surprisingly, the story has gone viral online and attracted both surprise and ridicule. It is unclear where this opportunity to hire a “grinch” come from.

Professional character and costume companies in Belfast proceeded to issue statements distancing themselves from the drama, saying their employees “do not destroy homes”.