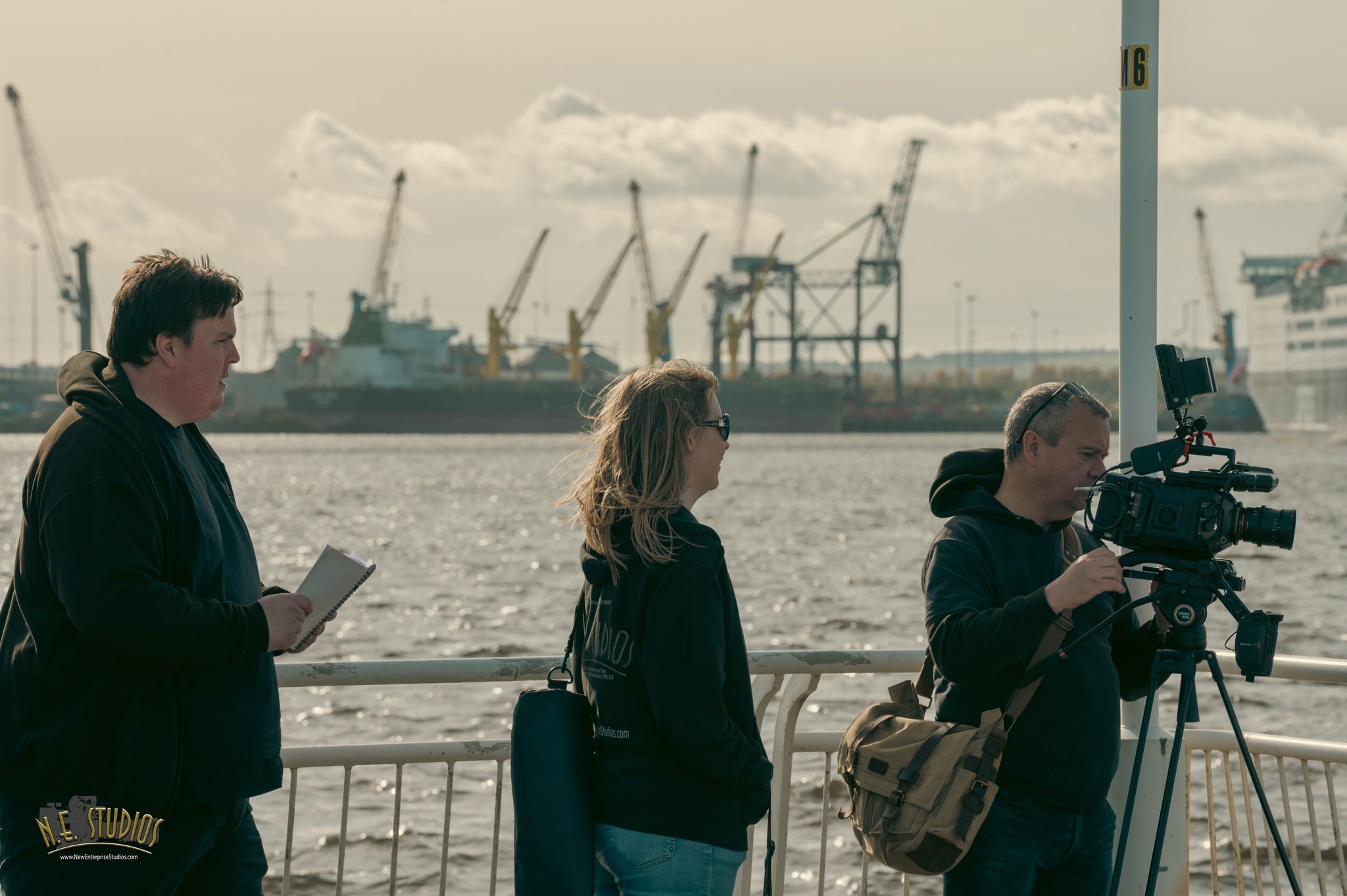 Pictured: The NES team, with team leader Wayne Madden, out filming their documentary on Tyne Ferry

Southwick based film company New Enterprise Studios CIC has won a £53,231 grant for ‘Ferries of the Tyne’ by The National Lottery Heritage Fund to create a documentary about the history of ferries that have crossed the River Tyne.

The project aims to look at the history of ferries that have crossed the River Tyne and the development of those services and how they have impacted on their local communities. The documentary will feature the
involvement of a diverse group of participants from across Tyneside, and will.

Participants in the documentary will learn skills in Journalism, Photography, Videography and more; with an educational programme also being scheduled to accommodate public workshops and engagement. Volunteers will also receive appropriate training in archival skills; so they can efficiently care for the preservation and legacy of their work.

The existing Shields Ferry service is a focal point of its community and operated by Nexus. The
service makes almost 25,000 journeys a year carrying nearly 400,000 passengers. There have been
ferries crossing the Tyne since the 14th century, and this is currently the only service that remains. In
recent years the service has faced potential closure and if this were to occur, it would be the first
time in over 700 years that no documented Ferry service would exist to cross the River Tyne.

Commenting on the award, Project Manager Wayne Madden said: “We’re delighted that we’ve
received this support thanks to National Lottery players. The Ferry has been a vital link in our region
for centuries, and it’s a fantastic feeling to know this documentary will help preserve our region’s
history for future generations to come. I’m very excited about the prospect of making this
documentary and helping to both educate and inform people”

The public are encouraged to become involved in the project from its inception as much as possible;
those who feel they may have materials to share regarding the Ferry and its history can contact the
production directly by emailing tynedoc@newenterprisestudios.com to discuss.