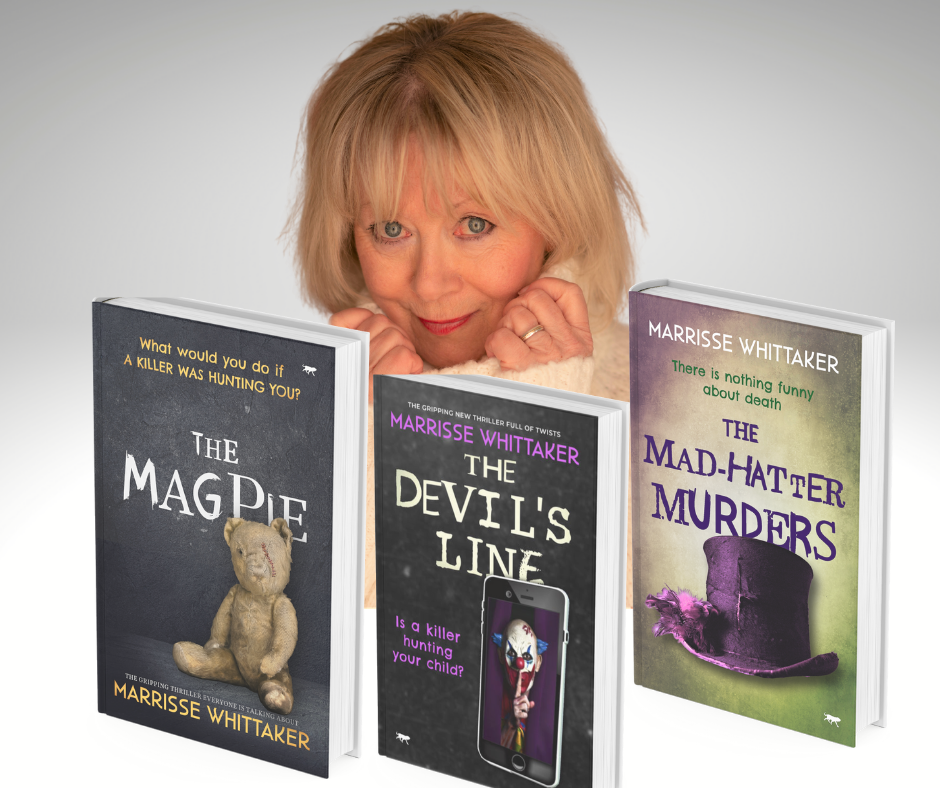 A British police detective’s latest case gets curiouser and curiouser in this hard-hitting novel by the author of The Devil’s Line and The Magpie, finalist for the Lindisfarne Prize for Crime Fiction

Author Marrisse Whittaker, from Boldon, has been inspired by two Sunderland writers to create her latest novel, The Mad Hatter Murders. The book is her third psychological crime thriller based in the North East, all created in the past year and snapped up by leading publisher, Bloodhound Books.

Marrisse, a former TV and Film Make-up Artist on network TV shows including CBBC’s Byker Grove and then scriptwriter on shows including Channel 4’s Hollyoaks, was always aware of a link between Lewis Carroll and her home village, Boldon. Alice Liddle, Lewis Carroll’s inspiration it is claimed, for the Alice in Wonderland and Through the Looking Glass books, was the granddaughter of Henry George Liddell who had been rector at West Boldon St Nicholas’ church.

However, it was only when Marrisse and husband Bob Whittaker, former on-screen journalist at Tyne Tees TV, launched their TV production company Orion TV and came back to Sunderland to film an episode within a series, Art and Hidden History for The Discovery Channel, that Sunderland author Bryan Talbot opened Marrisse’s eyes to myriad of links between Sunderland, author Lewis Carroll and his likely inspiration for the Alice stories.

`I immediately fell in love with Bryan’s graphic novel “Alice in Sunderland,” Marrisse said. `It’s a stunning work, a real entertainment and I read it over and over again. Bryan credits the late Michael Bute, another Sunderland author, for all of the practical research on Carroll’s and Liddell’s family links to Sunderland, blowing apart the myth that Oxford and the infamous boat trip was the only story that lead to Carroll’s world renown Alice stories. I got hold of Michael’s book, A Town Like Alice’s and was further amazed by the information that he had uncovered on the subject.

Bob and I thought it would make a great documentary for a network TV station, but repeatedly any claim of links between Sunderland and the famous works were dismissed with a disbelieving amusement by TV commissioners. So I have been thrilled to have been able to weave just some of those true connections between Lewis Carroll and the area into my own new work of psychological crime fiction and acknowledge both Bryan Talbot and Michael Bute at the end of my publication for the amazing job they have done so far in highlighting a story overlooked by most academics.’

The Mad Hatter Murders is book three in the DSI Billie Wilde crime thriller series, the first being The Magpie and the second, the Devil’s Line, all set in the North East, with each book able to be read as a stand-alone novel. Russian translation rights to Marrisse’s debut novel The Magpie, published last May and audio rights to the whole series have been snapped up by OrangeSky audio. The Mad Hatter Murders will be published on Feb 8th with the paperback version available on January 26th. Both versions are available to pre-order.