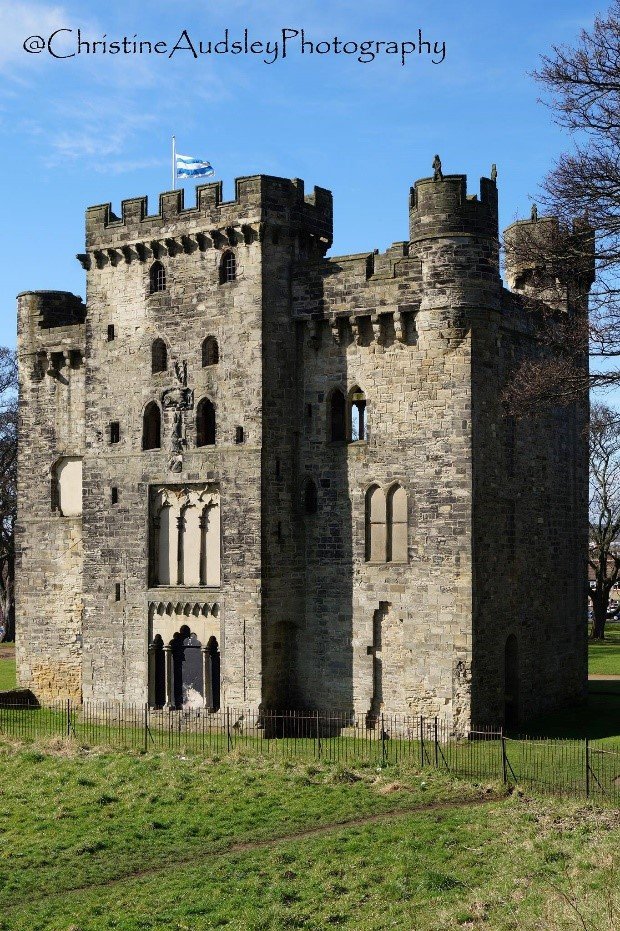 Do you remember when Time Time Came to Hylton Castle? This month, it marks 27 years since the famous Channel 4 show came to Wearside in 1995 to investigate the historical medieval structure and see inside its walls.

Hylton Castle – which was originally intended to reflect a family’s status, was built by Sir William Hylton as his principal residence in circa 1400. With estates in Durham, Yorkshire, and Northumberland, the rich family had assumed the title of Barony within the Bishopric of Durham by the 13th century.

The Hyltons maintained their wealth until the Civil War and managed to refurbish the interior and add wings to the north and south side of the gatehouse in the first half of the 18th century. After the last Hylton died, the estate was purchased a century later by a local by the name of William Briggs.

Briggs demolished the 18th-century wings, added larger windows and rebuilt the interior. Further deterioration in the 20th century led to only the exterior walls being saved.

The Time Team investigation began with archeological geophysicists investigating underground to see if they could find the early remains of the castle. Results from surveying the grounds to the east of the castle showed a possible courtyard buried underground.

A walk through the castle shows viewers the main floor of Baron William’s castle, with rooms for servants and guards, and on the second floor what would have been the families living area, but is now empty space over looking the ground floor.

Time Team found evidence of other stone buildings underground in the green surrounding the castle with archeologists analyzing the stone work and suggesting they date back to the first part of the 15th century. Which proved that it was contemporary with the Castle.

Among the discoveries made by Time Team in their man-made trenches were three silver Elizabethan coins that dated back to the mid-16th century, an entrance to underground tunnels that had been concreted over and real evidence of the medieval buildings surrounding the castle 600 years ago. Giving viewers a picture of what the castle would have looked like when it was first built in 1400 AD.

Unfortunately, all that is left standing of the castle is the impressive gatehouse tower. Which would have provided self-contained living accommodation for the Hylton Family.