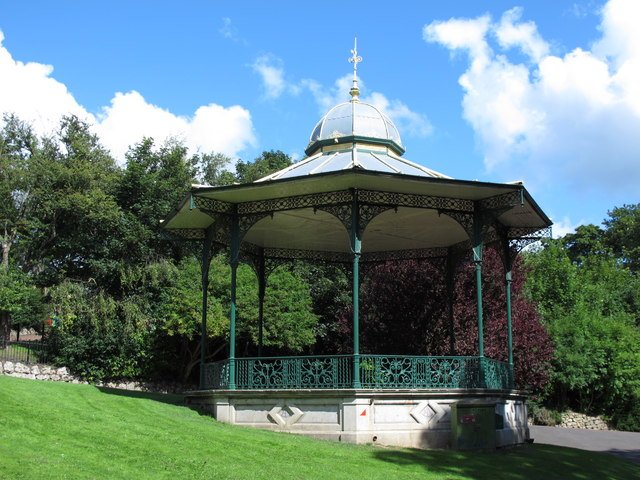 Not to be confused with the historic former football stadium of the same name, Roker Park is a public park located in the vicinity of Roker on Sunderland’s sea front, directly connecting to the beach. Similar to its counterparts Barnes Park and Mowbray Park, Roker Park of is a Victorian design and was opened in 1880.

The resort of Roker emerged in from the early 19th century after the construction of Wearmouth Bridge unified Sunderland for the first time, allowing the urban expanse accumulating south of the River to absorb the neighbouring Monkwearmouth. Likewise, the construction of the Port of Sunderland ended Hendon as a beach resort, giving birth to Roker as a new and affluent neighbourhood. With this, Roker Park was constructed as a green space to surround the new suburb after the land was donated by Sir Hedworth Williamson, 8th Baronet and the Church Commissioners

Roker Park is one of Sunderland’s finest parks. Similar to its counterparts, it possesses a cast Iron Victorian bandstand. It also has a small artificial lake, which is home to some swans, as well as a number of Tennis Courts, Bowling greens and a children’s playpark. Most famous of all is the park’s “miniature railway” which allows children to ride around on small train. By walking to the East of the Park, one can head through a gorgeous small valley in the cliffs to directly access Roker Beach and promenade, passing through Spottee’s Cave. It is also possible to exit by the road on top of the cliffs.