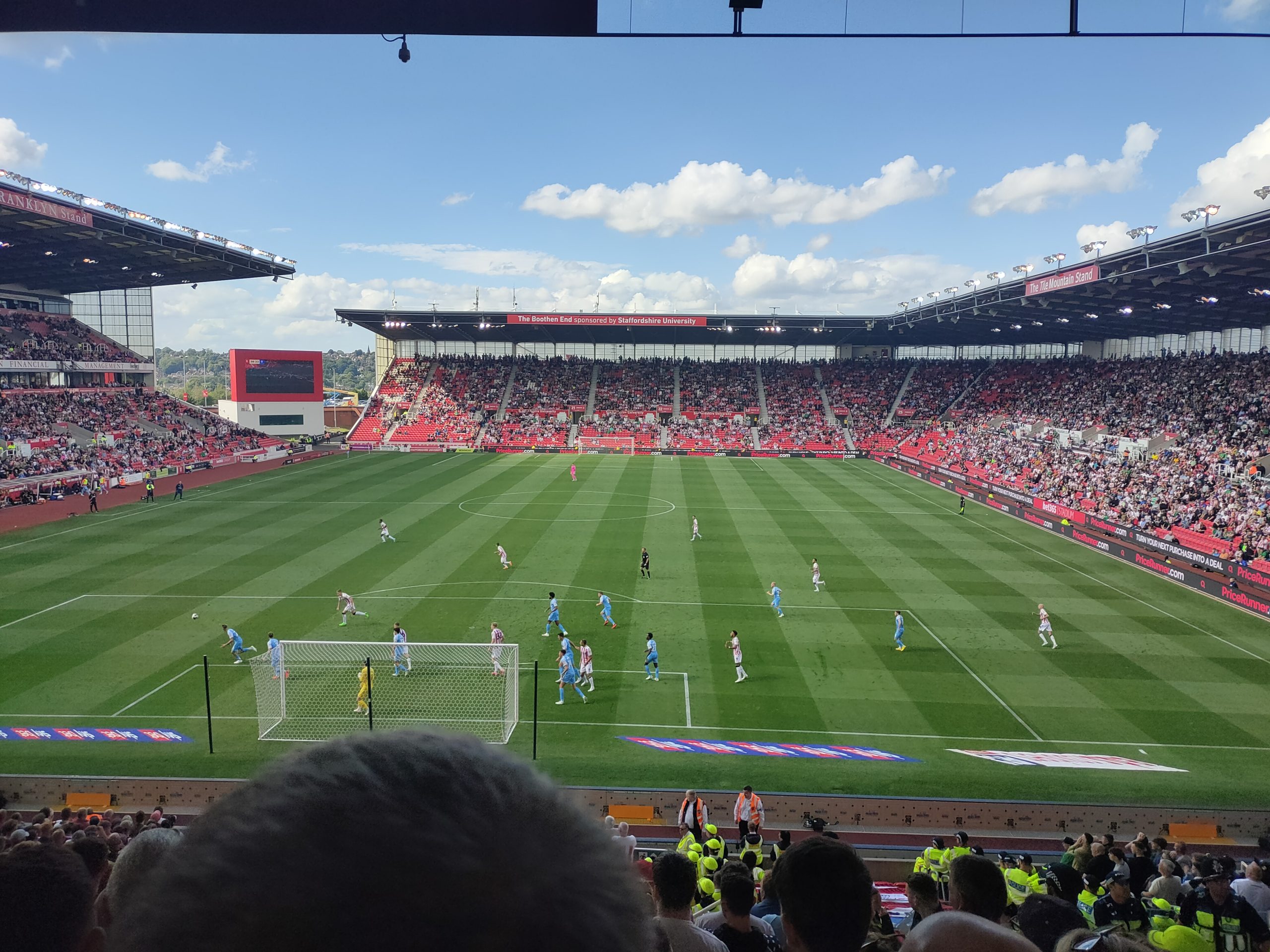 Sunderland keep up their impressive start to life back in the Championship with a hard fought victory Over Stoke City at the Bet 365 Stadium.

The Black Cats’ now sit in 5th in the Sky Bet Championship, and it was well deserved!

The Potters’ started the game on top with some early half chances, however they struggled to really create any clear-cut chances.

Stoke did manage to test Patterson early on with a volley from Jacob Brown that was straight at the ‘keeper who tipped it over the bar.

Half-way through the second half, Sunderland had a chance of their own as Ellis Simms ran through from a pass by Gooch, but he could only find the side netting.

Just as it looked as if it would be goalless at half-time, Jack Clarke played Ross Stewart through on goal, who managed to find the bottom corner!

Sunderland Head Coach Alex Neil brought on Corry Evans and Bailey Wright at half-time, which proved to be vital as from then on the Black Cats’ looked comfortable throughout the second half.

Former Newcastle man Dwight Gayle almost got his first goal for Stoke, as he managed to shrug off Danny Batth, but missed the target by a matter of inches.

Ross Stewart could’ve put the game to bed towards the end, as Ellis Simms played a magnificent ball over the top to Stewart who almost got round the ‘keeper, but he tried to find the top corner from a tight angle and missed the target.

It could be a massive 3 points for the Black Cats’ as they continue their impressive form.

Made a few nice saves, and looks a lot more comfortable coming for crosses.

Worked tirelessly throughout, never stopped closing down, and looked a threat going forward.

His man was getting the better of him at times, but he also battled well considering he is not a natural centre-back.

He was a rock at the back today. Won many headers and was strong in his tackles.

He was my man of the match today. His man rarely got the better of him, and he was getting stuck in throughout. He even looked a threat when he pushed up the field too.

Just wasn’t his day today. Seems to take too long at times to make a pass, coursing him to lose possession.

When he was involved he looked dangerous, but for a lot of the game, he was non existent.

Helped out defensively as usual, looked a threat going forward at times.

Not as dangerous as he can be, but a few nice touches and through balls by the little man.

Did really well when it came to holding the ball up, he was slightly wasteful Infront of goal.

Took his goal really well, and could’ve had another. Worked tirelessly as usual.

Calmed Sunderland’s at down as soon as he was introduced. Good to see him back.

Made the back-line look a lot more solid when he came on. Battled well.

Came on with a few minutes left.