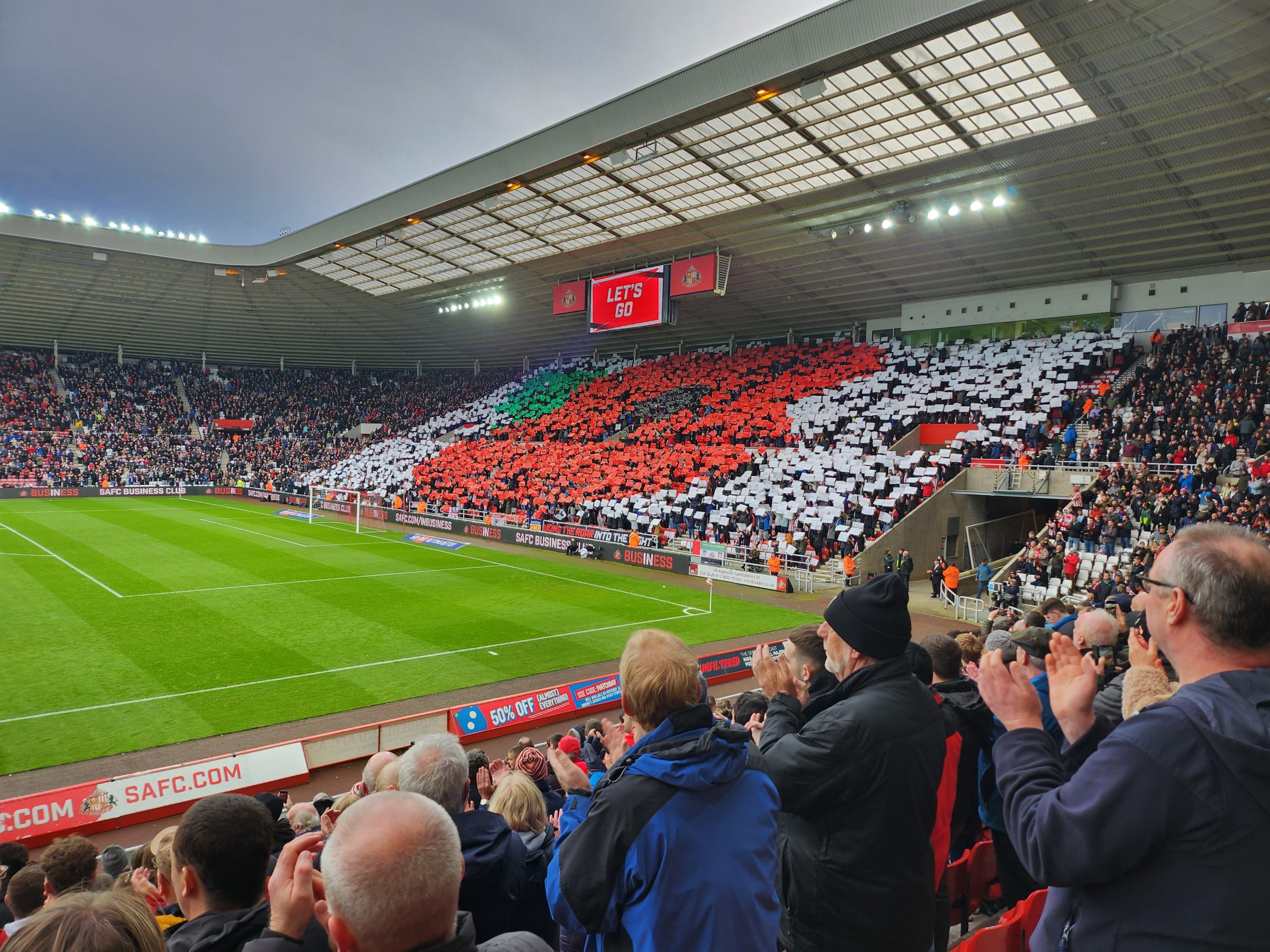 The Black Cats suffered a frustrating defeat to Cardiff City at The Stadium of Light thanks to a goal from Mark Harris.

The Bluebirds were awarded an early penalty after Bailey Wright passed the ball across his own box and straight to Jaden Philogene, and Danny Batth was forced to bring him down.

Joe Ralls took the penalty and Anthony Patterson saved it magnificently to his left.

Sunderland pushed on from this and Amad Diallo was set up by Patrick Roberts but his effort was cleared off the line.

Despite the Sunderland midfield struggling in the first half, Tony Mowbray decided not to make any substitutions at half-time and it cost them as Mark Harris scored the winner just 4 minutes into the half after Mahlon Romeo set him up with a cross.

There were shouts from the Sunderland players and the fans to suggest that the goal was offside, but it stood.

Amad Diallo had one opportunity to level the score but his shot went high and wide.

The Black Cats threw everything at it at the end but didn’t really create any real chances.

Couldn’t do anything about the goal, brilliant penalty save.

Gave his all as usual.

Had to give away the penalty after Bailey Wright’s terrible pass, apart from that he did OK.

Had a nightmare of a first half, improved slightly in the second.

He really struggled in midfield, the game just passed by him.

Similar to Neil but slightly better.

Looked dangerous at times but he didn’t see much of the ball, his final ball wasn’t good enough.

He also looked dangerous at times, but he totally came out of the game in the second half.

Unlucky not to score in the first half. Created a few half chances.

He really struggled upfront on his own. Isolated throughout.

He came on and tried to speed us up abit, let down by his team mates.

Calmed our midfield down when he came on, which was needed.

He did absolutely nothing when he came on.

Gave his all with little to show for it.