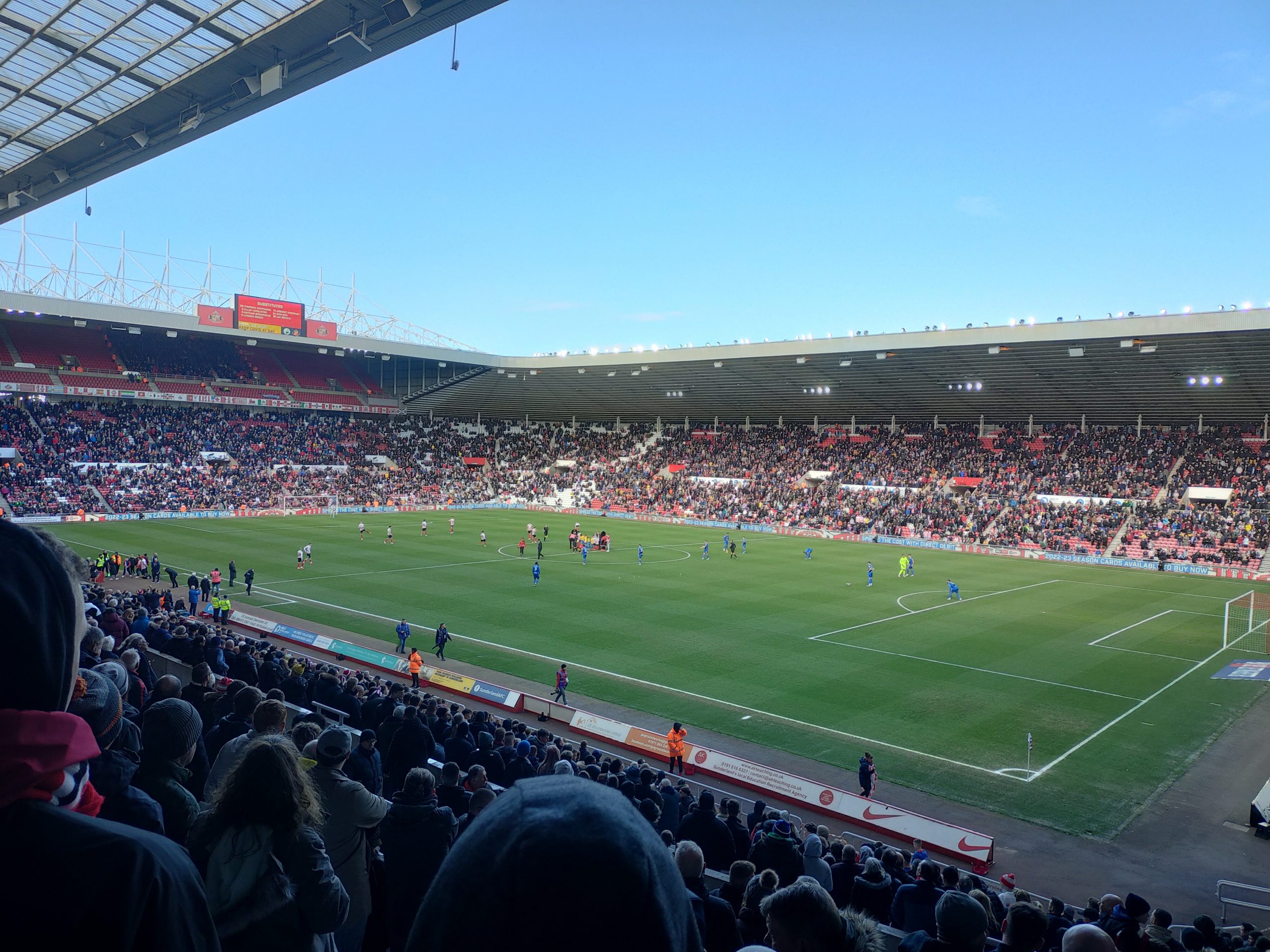 Sunderland move back into the play off places thanks to a last minute winner coming from Nathan Broadhead against Gillingham this afternoon.

The game was a frustrating one throughout for the Black Cats’ with The Gills parking their bus from the first minute.

Sunderland enjoyed 82% possession in the first half with little reward.

The only real chance of the first half came from Patrick Roberts in the 26th minute as he picked up the ball off Winchester and cut in onto his left foot and forced a decent save from the Gillingham ‘keeper.

As the 2nd half went on, the frustration continued with Gillingham constantly wasting time and proving difficult to break down.

The Black Cats’ were given the opportunity to break with 10 minutes left as Nathan Broadhead was steaming forward and managed to square it to Corry Evans who was unable to hit the target as he curled it high and wide of the goal.

Alex Neil’s substitutions once again proved to be vital as it was Nathan Broadhead and Elliot Embleton who linked up for the goal.

Thanks to some excessive time wasting by the visitors there was 6 minutes added on and Sunderland started to throw everything they’ve got into getting those vital 3 points.

After a couple of half chances wasted Sunderland restarted from the back.

The ball eventually found its way to Elliot Embleton who played a wonderful ball into the box and Nathan Broadhead did brilliantly to beat his man in the air and finish with his head. Fantastic!

As we reach this part of the season, it’s getting to the point were I couldn’t care less how we play as long as we come away with the 3 points.

It was always going to be difficult to break Gillingham down as they are looking over their shoulders at their end of the table.

Even though the performance wasn’t too great, you’ve got to give the lads credit for keeping going until the end.

Next week is a huge game for us and the result today takes a little bit of pressure off us and piled more on our opponents, Oxford.

Had nothing to do.

It was bad from him today to be honest, gave the ball away far too often and his crossing never beat the first man.

Both did well to keep the rythm in the game. Never had to do much defensively.

Didn’t offer too much going forward as most of the danger for us came from the right hand side. Didn’t have to do much defensively and looked comfortable throughout.

Didn’t do too much wrong. I’m just sick of seeing him pass sideways and backwards.

He did OK. Some good passes and classy touches but struggled to really cause Gillingham many problems.

He didn’t look fully fit today but he still managed to cause some problems for the visitors with some great passes and a lovely peice of skill to start a break in the first half.

He struggled to cause his man many problems as he is way too predictable. He did manage to get to the by-line and put in a great ball but no one was able to capitalise on it.

My man of the match today. Brilliant. By far his best game for us. Gave 100% throughout and he was constantly causing problems. His link up play with Pritchard in the first half was quite refreshing to see.

Isolated throughout once again but looked slightly more comfortable when Broadhead came on to give him some support.

A fantastic ball into Broadhead for the winning goal. Was always looking to create something.

Caused a few problems after coming on. Thanks to him we got our winner after a brilliantly taken goal!

He made a difference when he came on, adding more pace to our attack but his final product was disappointing.

Man Of the Match – Patrick Roberts