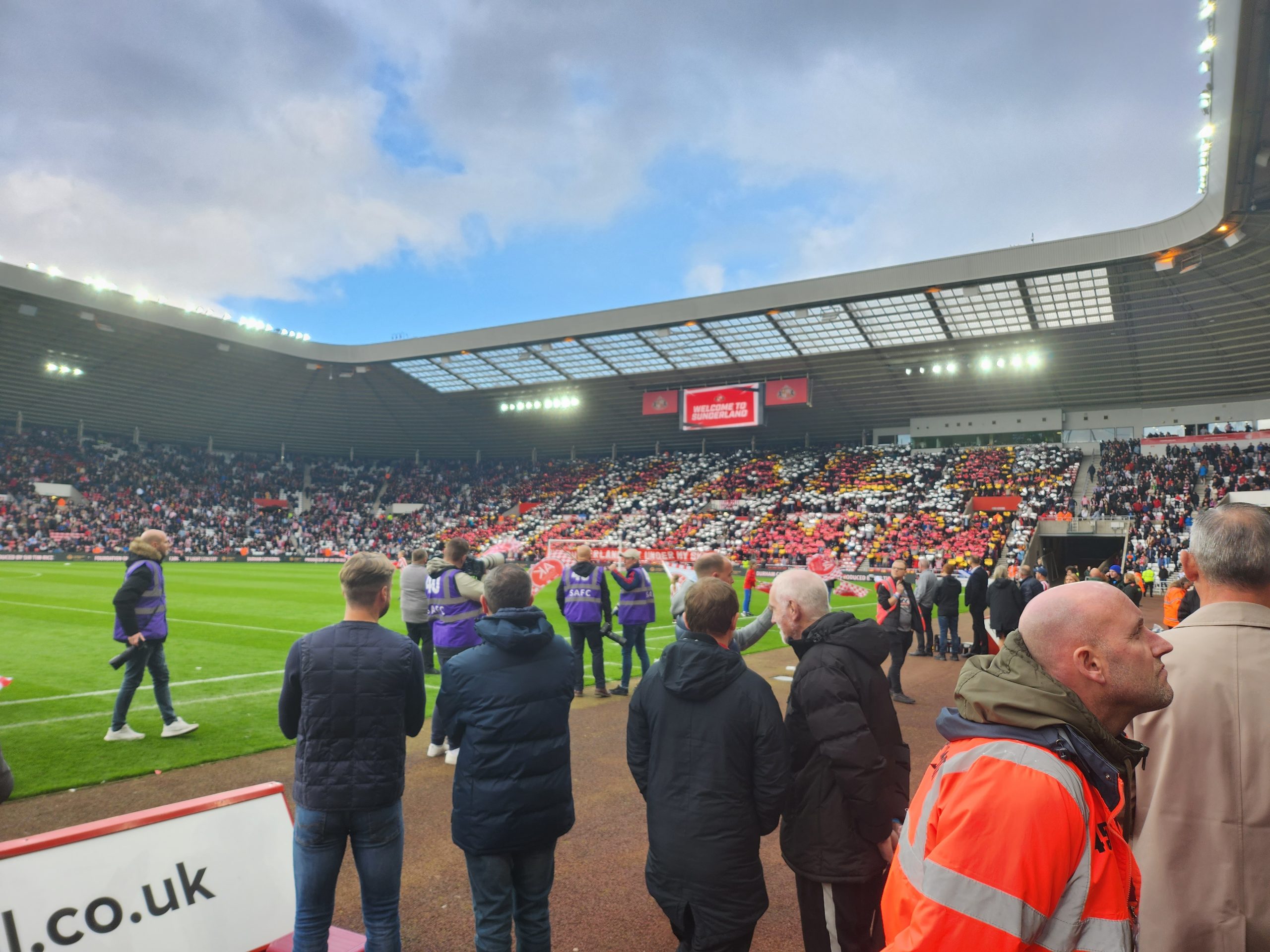 The Black Cats’ move up to 9th in the Championship after a brilliant win, as they came back from behind against Wigan today which ends their Winless run.

Sunderland started the game quickly, and after just 3 minutes Patrick Roberts did brilliantly to beat his man, but his shot curled just wide.

The rest of the half seemed to just pass by, it was very stop-start and Wigan did everything to keep the Sunderland faithful quiet.

However, just after the half hour mark, Sunderland’s Patrick Roberts had a go disallowed for a very marginal offside.

Just 1 minute before the break, James McClean put in a decent cross, which deflected into the path of former Sunderland man, Charlie Wyke who finished brilliantly to make it 1-0.

Tony Mowbray changed formation at half time and brought on Amad Diallo for Lynden Gooch and it made all the difference.

Sunderland dominated the second half and after just 9 minutes, Dennis Cirkin got the the bi-line and played it back to Elliot Embleton who levelled the scoring.

The black Cats’ continued to create chances, but as they lacked a striker, Sunderland seemed to be trying to pass the ball into the net.

In the 72nd minute, Alex Pritchard saw Dennis Cirkin’s run on the back post and he put in a fabulous cross in towards him and Cirkin managed to header it in to make it 2-1.

It was an impressive win for Sunderland as they leapfrog their oponents into 9th.

Made a few decent saves to keep Sunderland infeont towards the end.

He got injured half way through the second half, and he didn’t look right until he was subbed off at half-time.

A brilliant, old-fashioned defensive performance from the big man today.

Looked comfortable in the centre of defence in the first half. He also did well when moved to right back in the second half.

A fantastic showing in his first game back. Created the first and scored the second!

Played in a defensive midfield position, as Corry Evans missed out due to suspension, didn’t do too bad but he didn’t get on the ball as much as he’d like.

Took his goal well and played his heart out, constantly closing their midfield down in the second half.

Quiet in the first half, influential in the second. An unbelievable assist, and played the full 90, which is good to see.

Great performance. Always beating his man, had McClean on toast a few times. Created many chances throughout.

Played up front as he did in the first half against Swansea. Didn’t see as much of the ball as he’d of liked, but did everything he could to fulfill the role.

Did well when he came on, worked very hard in the middle of the park, just lacked that final ball going forward.

Didn’t need to do much when he came on at the end.

He played a part in both of the goals, in his first game back from injury! Brilliant.