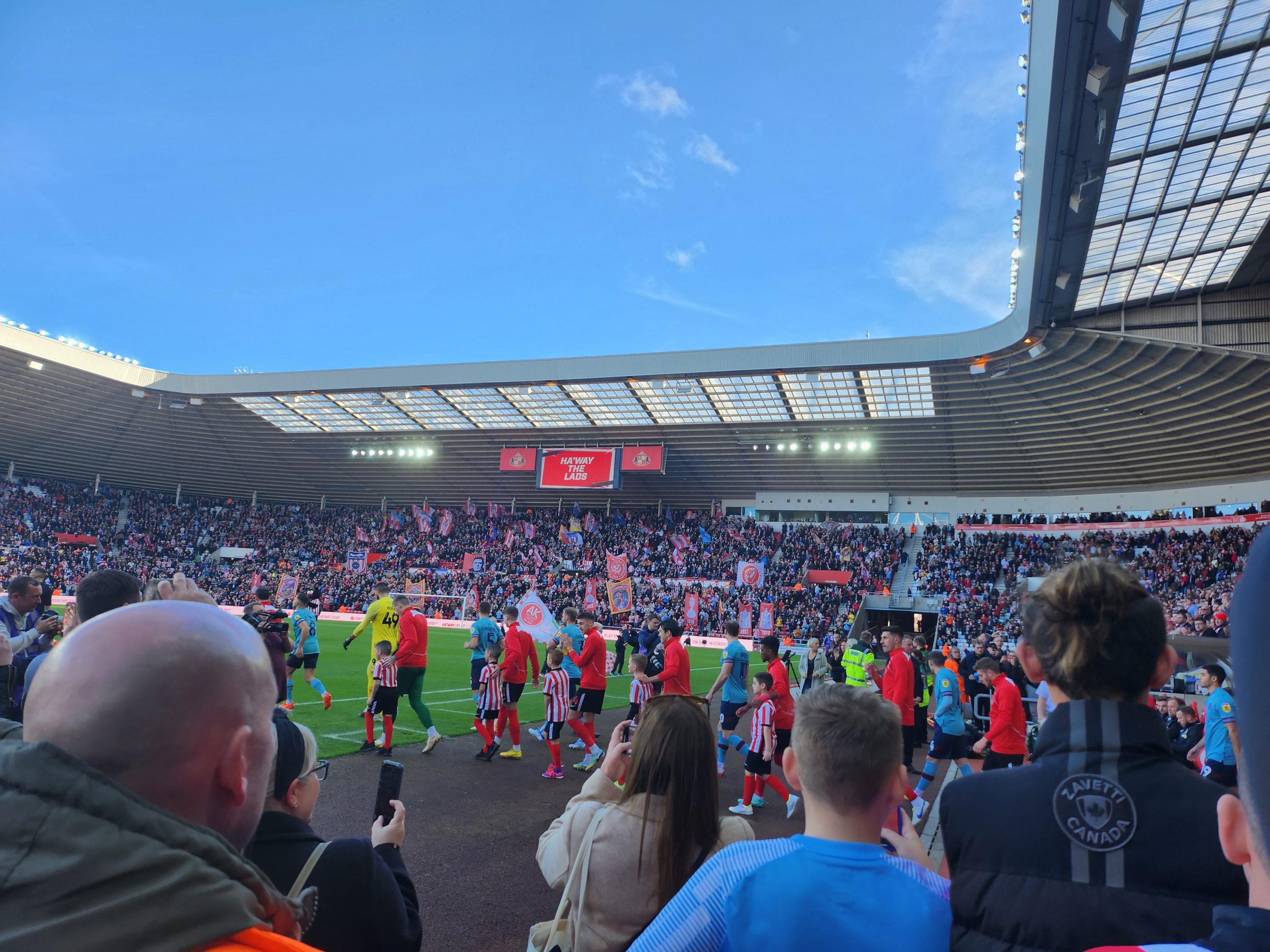 The Black Cats’ suffered an extremely disappointing defeat against Burnley despite being 2-0 up at half-time.

Sunderland looked very comfortable for the rest of the half as Burnley struggled to threaten.

Burnley manager, Vincent Kompany made a change at half time, bringing on Benson Manuel for Ashley Barnes and he changed the game.

Just 5 minutes into the second half, Nathan Tella made it 2-1 after Harwood-Bellis had a free header on the back post, and Tella couldn’t miss from close range.

Just 10 minutes later, substitute Benson Manuel equalised for Burnley after his cross sailed through everyone in the area and into the net.

Burnley took to lead just minutes later after Trai Hume failed to win the ball when going in for a 50/50, and Anass Zaroury hit a stunner from 20-yards out.

The Clarets then finished the scoring, 3 minutes from the end when Abdoullah Ba played a poor ball to Dan Neil just inside the Sunderland half and Benson Manuel won the ball back and played it through to Josh Brownhill who finished brilliantly.

Did well in the first half, not sure how much he could’ve done for any of the goals, his distribution can be shocking at times.

He had a great 1st half, poor 2nd. Wasn’t strong enough in his tackle that lead to their 3rd goal.

Poor performance by his standards, struggled against Bureys attackers.

Gave everything but the Burnley front line were just too good for Sunderland.

Benson Manuel’s arrival meant Cirkin struggled in the second half, his deliveries into the area were also very poor.

His typical performance, did well in the first half and got stuck in, struggled in the second.

Brilliant first half performance and fantastic goal. Again struggled massively in the second half.

Created some good chances in the first half. Quiet in the second before he was taken off.

Fantastic 1st half performance, he was everywhere. He closed down well and took his goal brilliantly. Another who was quiet in the second half, though.

Some nice touches here and there but quiet for large parts of the game.

Did well to create Diallo’s goal, struggled massively trying to play as a stand in striker.

Gave everything to get us back in the game. Shame he didn’t get the opportunity to create.

Came on and gifted them their 4th.