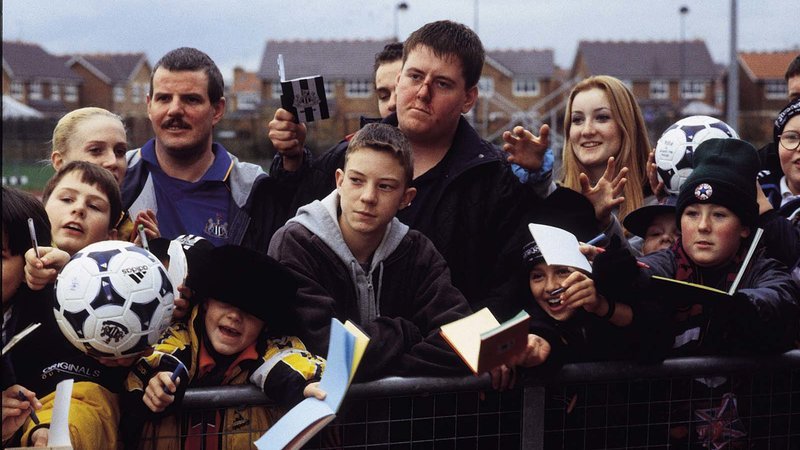 Purely Belter is a North East comedy-drama film set primarily in Newcastle Upon Tyne. It follows the story of two young men, Gerry and Sewell, who from rough and troublesome backgrounds, strive to raise money to buy season tickets to watch Newcastle United and see their hero Alan Shearer, often by resorting to illicit means.

Purely Belter follows a fundamental theme in Northern related literature and film that focuses on realism in respect to people’s lives, as opposed to romanticism, embodying the struggles of a region that has faced great hardship and social struggles. On this humble backdrop, the trajectory of the main characters is shown as a struggle against overwhelming adversity in the bid accomplish their hopes and dreams.

In their somewhat amusing, yet tragic exploits to get the final prize, the audience is shown a rough world of drug abuse, domestic violence, broken families, neglect, fecklessness and apathy. The main characters commit a number of criminal acts in the process, including petty theft, scams, stealing Alan Shearer’s car (we can forgive them for this one) and even a botched bank robbery in the finale.

Yet we are never left feeling the duo are evil, unlikeable or deplorable, particularly because the film’s narrative manages to depict it all in an amusing and cheerful light than something dark and depressing, and in doing so beautifully captures the stoic and hardy outlook of the North East as a whole and the dream of future redemption. There is sentiment to be found in real, yet “flawed” characters, than fairytale stories of perfect people who have never made mistakes.

Although set predominantly in Newcastle, Sunderland itself also features in the film. The family social worker gifts them two tickets to a football game, only for it to be a SAFC game and not an NUFC one, forcing them to travel to the Stadium of Light. Other settings depicted in the film include Gateshead, the Metro Centre and Whitley Bay.

Given this, although some may pre-emptively write “Purely Belter” off as a Newcastle United focused film, its focus on football is easily overshadowed by its empathetic realism in its honest and humble depiction of North East England, its struggles and its people. It is a film we can personally identify with.

This is what Sharon Osbourne looks like now, as former X-Factor Judge reveals “horrifying” new look

North East Screen to Relocate into the Beam