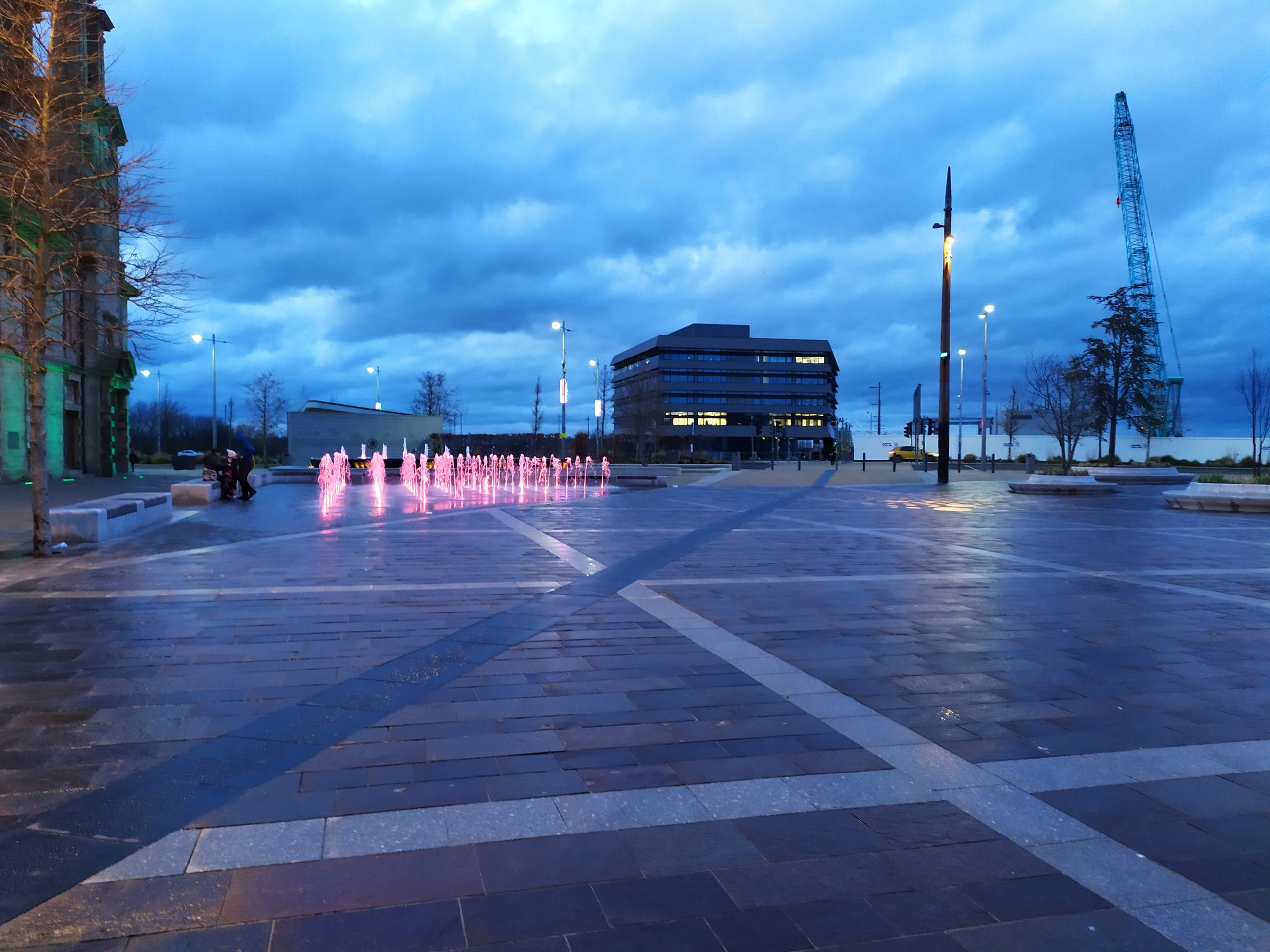 Location: To the Northwest of Sunderland City Centre, next to the A183

Keel Square, opened in 2015, is the new heart of Sunderland. A tribute to its history, heritage and a symbol of its modern development. The square is themed by name and content to celebrate the city’s maritime past and feats.

The square contains brilliant lit up fountains, an extended iron walk known as the “Keel Line”, detailing every ship ever built on the River Wear, an interactive sculpture known as “The Keel Line” and public seating. The square has frequently became a location for public events, demonstrations and activities.

The city council has sought to re-design the city by concentrating development around the square, reshaping its appearance and creating a new hub of life, business and activity. This is still underway, but evidence points towards it being successful. This includes a new hotel, City Hall, the developing Vaux Site, the new auditorium and fire station, as well as a future library and culture house.

Keel Square is where you visit to capture the feel and spirit of Sunderland, you won’t be disappointed. It is the hallmark of a city reborn.