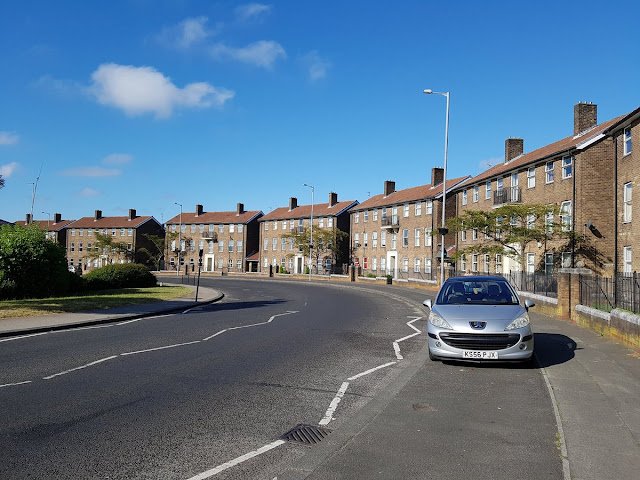 Pennywell is a suburb located to the west side of Sunderland, approximately 3.7 miles from the city centre. Originally built as a post-war housing estate in the late 1940s, the area has often suffered from a bad reputation owing to a rougher past. However, in recent years Pennywell’s quality of life and conditions have improved as areas of the estate were demolished and rebuilt. The area also encompasses an industrial estate alongside its residential district.

The name “Pennywell” is an ancient name of Celtic origin that long pre-dates the modern estate, which effectively means “Water on a hill” hence the term “Pen” refers to a hill (also seen in Penshaw) while a well is self-explanatory, a stream known as the “Pennywell Spring” existed until modern times. Although no settlement has been known or recorded, Anglo Saxon activity was discovered in the area. A battle of the English Civil War, the Battle of Offerton, was fought on the territory of Pennywell.

It was following World War II that the land of Pennywell was acquired by the Sunderland corporation who transformed it into one of the city’s largest post-war housing developments. By the 1980s and 1990s, following the decline of the city’s industrial base, Pennywell gained a reputation for poverty, deprivation, crime and social disorder. In the 21st century, large sections of the estate have been knocked down and private residences have been built.

To the west of Pennywell sits a spacious woodland which holds an iconic stone sculpture of a hedgehog. To the immediate north of the estate is South Hylton and the River Wear, which offers a very pleasant and scenic walking route. By following Hylton Road eastwards, one can eventually reach Sunderland City Centre. The Middle of the estate possess a shopping centre.