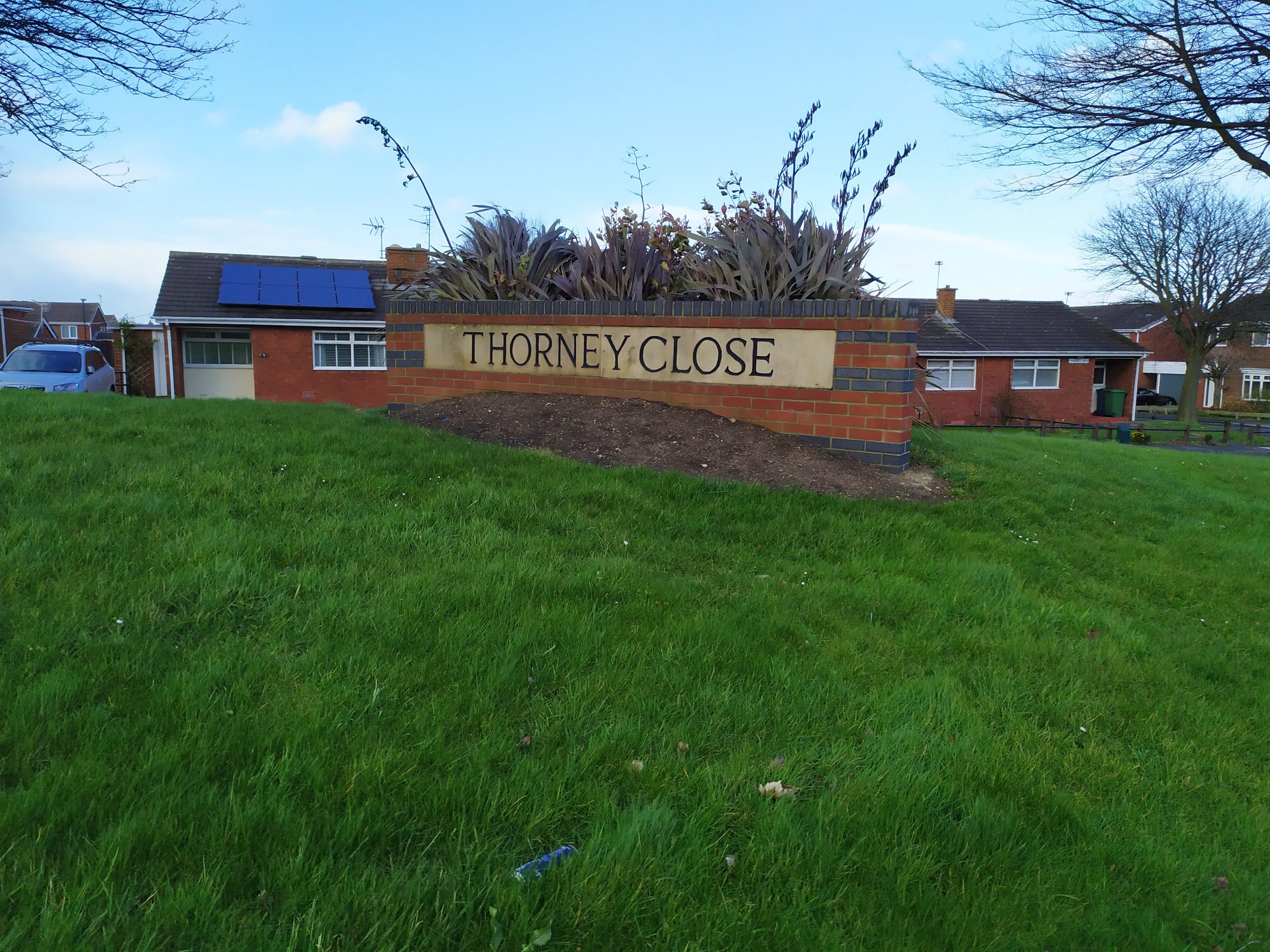 The suburb of Thorney Close is located to the South-west of Sunderland, about 3 and a half miles from the city centre. Situated off the A690 road, the suburb borders Farringdon, Grindon, Hastings Hill, Middle Herrington and Springwell.

Thorney Close originated as a Tudor era manor estate which may have previously been part of the “Farringdon Hall” grange. In the 16th century, the land was owned by the Mayor of Newcastle Upon Tyne. Later, it became home to the influential White family, who owned Shipbuilding on the River Wear and was the birthplace of the borough of Sunderland’s first Mayor, Andrew White.

In the 20th century, Thorney Close became the setting of Sunderland’s 2nd post-war housing estate. The land was purchased from its final owner, Violet Bulkley, who died without an heir in the early 1950s. The Tudor mansion, based around the Tadcaster Road area, was ultimately pulled down to make way for more houses.

At the back of Thorney Close sits the final stretch of the Barnes Park extension, a long and lengthy walking route and open space which stretches into the park itself. It also sits not too far from the Grindon Sandhill and Hasting Hill. This makes it a great route for walking.