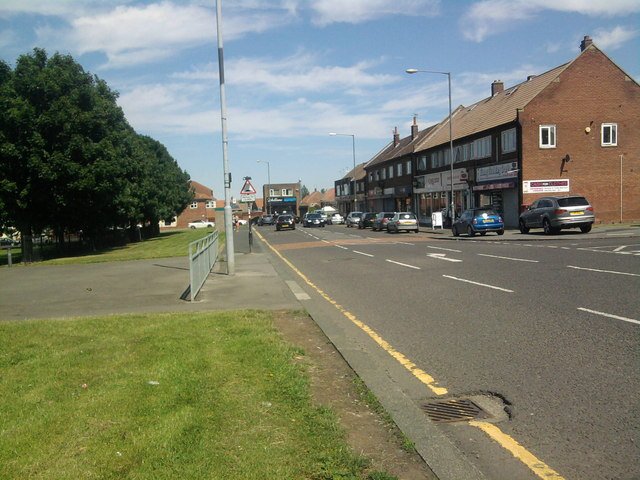 Thorney Close is one of Sunderland’s largest post-war housing estates. Built in the 1950s next to the Durham Road, the area is also known for the “Sandhill” situated to the south of the suburb. Whilst it has had its fair struggles against deprivation like many areas in North East England in the post-industrial era, nevertheless the modern estate is more quiet, peaceful and normal than popular imagination has often depicted it to be.

Now however, the area has gained a surprising opportunity to “rebrand” itself and become a site for horror enthusiasts. Whether of course that’s a good thing or bad thing probably depends on perspective, but the online horror magazine “The Phantasmal” published a short but chilling story titled “The Curse of Thorney Close” which just might be the first ever horror story (that is defined here as a work of fiction, not a myth, legend or ghost story portraying itself as real events) set within Sunderland, and certainly of course within the unlikely location of Thorney Close.

The story depicts the life of a troubled young girl called Kelly, living on the estate, who has fell out with her parents and got herself into financial trouble. After a row with a strange elderly lady costs her her job at a cafe on Sunniside, Kelly out of desperation decides to rob the old woman who happens to live on the same estate for her precious diamond necklace, only for her to get more than what she bargained for. As she likes to stay throughout the story: “Shy Bairns get nowt“.

Without any spoilers, the story is an obvious metaphorical critique of some elements youth culture within the city, covering themes such as poverty, general disillusionment, as well as the dangers of debt, excessive materialism and an inability to be honest with oneself. In essence “the curse” is symbolic of the troubles which council estate life can cast over young people if they have the wrong attitude. The main character in the story repeatedly fails to think ahead, takes high risk gambles for short term incentives and refuses to accept the consequences of her actions both in and prior to the story itself. Ironically, it’s likely a story many in the area personally relate to more than they think.

Of course, if you’re just a straight up horror fan then the grip of the story alone might do for you. Either way, next time you’re around Thorndale Road take care not to upset any old ladies, because you never might quite know who they truly are…

One thought on “Sunderland’s First Horror Story: The Curse of Thorney Close”