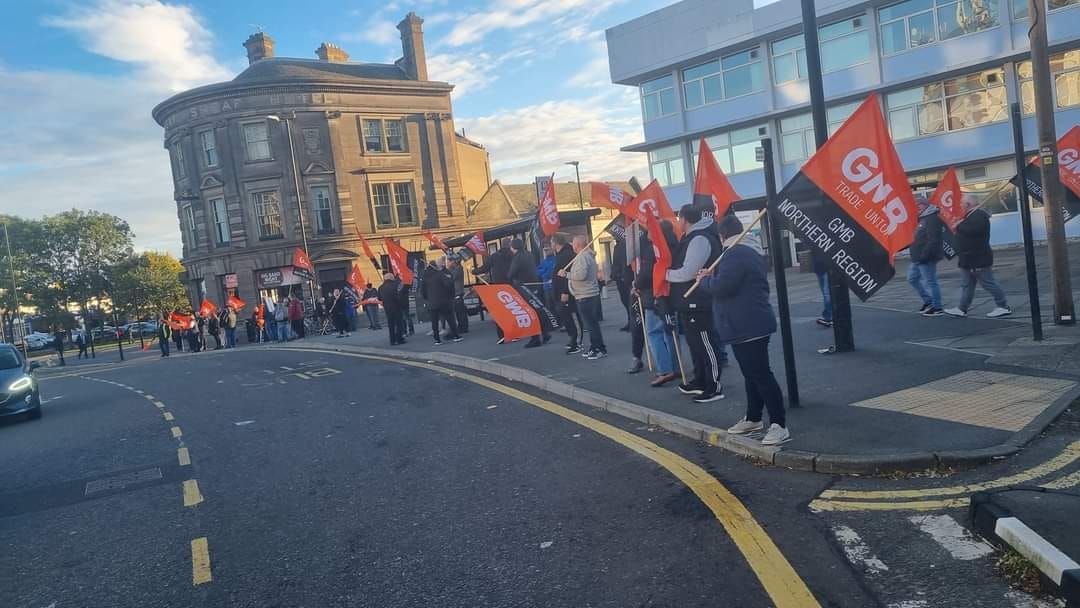 24-hour walkouts to take place across two days in Sunderland

GMB Union has announced two new strike dates in the Sunderland bus dispute and almost 200 bus drivers will take part in 24-hour walkouts on 28 October and 31 October. They were initially keen to participate in day strikes- from 10 am until 3 pm- so the people of Sunderland could get to and from work and school.

However, unfortunately, Stagecoach told them they would not be able to work for any part of the day when they took industrial action. The dispute broke out after Stagecoach offered a massive real terms pay cut of just four per cent, with two per cent to follow later in the year.

GMB Union is a trade union that represents all workers and they have over 500,000 members who work in every type of job across public services and private companies too. GMB’s job is to get the best deal possible for you which means fighting for better when it comes to payment terms and conditions, a decent work life, better work/balance and fairness.

Stuart Gilhespy, GMB Organiser, said: “The last thing Sunderland bus drivers want to do is a strike but Stagecoach has backed them into a corner- they’re refusing to negotiate and drivers are desperate. It’s a shame management won’t let members work during rush hour so families and children can to get work and school”.