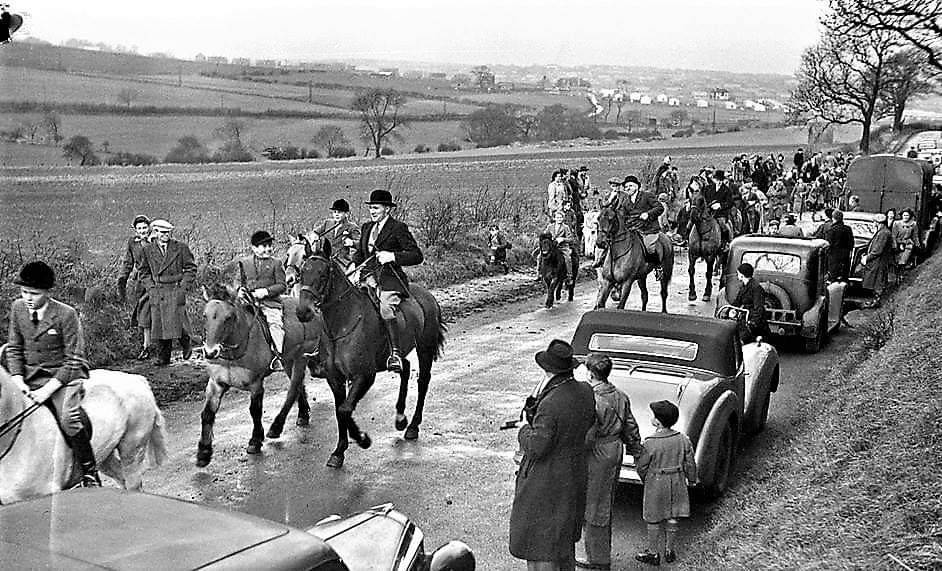 Yesterday the news emerged that an application had been submitted to build 19 executive class homes and apartments on the site of what is currently the Cavalier Pub, the establishment, which has existed in various forms since the early 20h century. The pub is not open, but it is understood that the owner is not going to turn down such a huge real estate offer in the midst of suffering pressures to keep his business afloat during the pandemic.

The demise of the pub, and potentially the continued encroachment on the open plains of “Foxy Island” by developers ultimately brings a close to a historical era. Over 100 years ago, the property was described on old ordnance survey maps as “Silksworth Close“. It was, as successor pubs would derive from it, a “Hunter’s Lodge” so to speak, positioned above the narrow Silksworth Lane and the spanning open fields of Gilley Law, as well as what locals describe as “Foxy Island”.

The name “Foxy island” itself is a curious one. Whilst locals attribute it to a play on the names “Doxford” and “Farringdon”, the land is in practice an extension of the Doxford Park estate of which borders Foxhole Wood, a name which actually may be linked to hunting, and for many decades this is what took place here. In over 160 years of maps covering the area, it has never changed in shape, scope or size. Hunters would gather on the Silksworth Close Lodge both before and after they went by horseback to hunt animals, a tradition which happened at least up until the 1950s when the estate of Farringdon was built.

Of course, the construction of the Gilley Law estate in the 1960s urbanized the area more and likely seen the country hunting tradition fade out, and this point the Silksworth Close establishment by popular demand transitioned into a pub dating from at least 1968. It acquired the iconic and historically apt name “The Hunters Lodge” but also would be known as “The Poacher’s Pocket” and the “Cavalier” all of them reflecting somewhat the legacy of the site.

But now, the Silksworth Lane property is to be built on, as per a running bid to build homes on all vacant areas throughout the city’s southern periphery, a move which has attracted controversy. One wonders if “Foxy Island” once proposed to be a country park in 1998, and also an “area of scientific interest” will eventually be carved up. We say no: preserve this land of historical interest.