The Legends of Sunderland: Peggy Potts 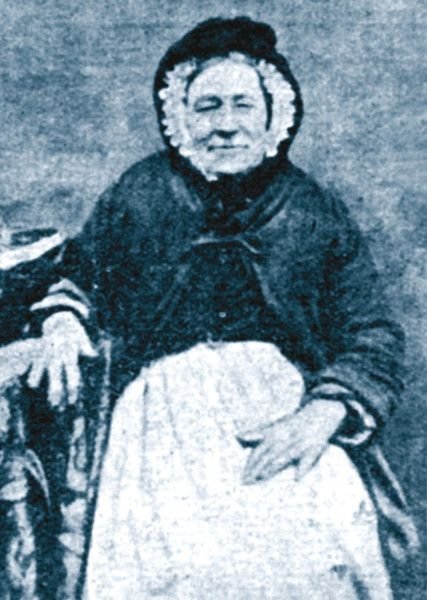 Previously on SGM we’ve covered the “characters” of Sunderland, the eccentric and intriguing local figures who are known throughout the city, but what about the characters of old? People who are long dead, but their names live on as a form of legend? We bring to you now the story of Margaret or “Peggy” Potts, an elderly lady who established herself into one of the most notorious and legendary figures of the East End of Sunderland, a character who is increasingly forgotten in the modern era. A fish and cheese seller by day and a smuggler by night, Peggy was a character of extraordinary wit and shrewdness yet a woman who was loved and respected.

Margaret Havelock was born in the year 1798 in the rapidly growing port town of Sunderland in Low Quay, where all life was situated to the East. The maiden surname was not a coincidence, she was indeed a 2nd cousin of the General known for this exploits in British India. When she was young, she was described as a “a very handsome, well-favoured, buxom lass” and got married to a fisherman, who was rumoured to be an alcoholic. The family lived on the defunct Bank Street in the East End, where she would live with her children William, Jane, Caroline and Elizabeth. She was also known for her thick local accent and “commanding personality”

At some point before she turned 50 years old, Peggy became a widow which likely contributed to her descent into smuggling. It’s worth noting that in this era, it was highly unusual for women to be a part of the workforce, especially in the North East where female employment was only at 22%. This is a reminder as to how much our world was changed, and also what Peggy Potts faced in the harsh conditions of the 19th century for poor people. Still having younger children and no husband, Peggy’s life was not a luxurious pursuit but probably revolved around mere survival, described “an early riser, and never was off her feet from sunrise to sunset” and in the bustling town of Sunderland with a port far more active and important than today, there were plenty of opportunities for illicit activities.

Many traders wanted to ship items into Sunderland and avoid the hefty import duties upheld by the British Empire, especially when came to Whiskeys and Spirits. Peggy’s activities acquired a wide range of customers and made “hundreds of pounds” (sums far bigger today with inflation) and devoted often extraordinary tactics in order to outwit local Customs Officials and Police Officers. Her most famous exploit was when she was caught by a police officer with a keg of whiskey. Whilst being escorted to the Police Station on Bodewell Lane, she said she needed to relieve herself behind the bushes, only to empty the keg and replace it with her urine… there is also a story about her fish business was also… fishy too. One day when there was a shortage of fish due to bad weather at sea she found a dead cod and said she would get someone to “Jump on it” and get a butcher to smear blood on it make it look fresh, she sold it on later.

Peggy successfully avoided after being caught for her activities, but as she got old she was placed in the care of the Workhouse, which was custom in those days for poorer people who could no longer work (seemingly the smuggling money didn’t go that far). She famously claimed that as a Havelock, the Queen should not put her there. However, she spent the last few years of her life in the grim workhouse and died in 1875 at the age of 86. Thus concluded the life of Peggy Potts, who escalated to legendary status after her death. At some point, a ballad was even written about her titled “the speech of Peggy Potts”, indicating how her life and legacy had also become a political statement. Peggy is seen arguably not so much as a criminal, but a working class legend, a woman who had to use her wit and instinct to survive at a difficult time, and it cannot be said that her crimes were coming at the expense or harm of others.