The Lost and Closed Pubs of Sunderland, Which Ones Do you recognize? 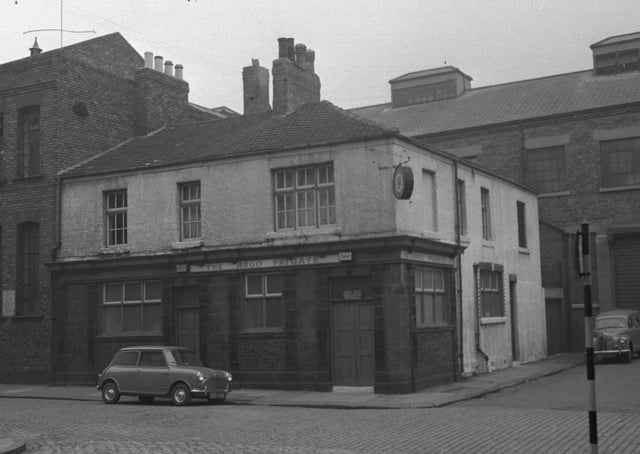 The Pub is a social venue that has been with us for thousands of years. A place called Sean’s Bar in Ireland claims to be the oldest lasting pub in the world, at an estimated 1200 years old. But of course in practice, pubs come and go, and as the way we live has changed these days there are sadly more former pubs than present pubs. There are few places where that statement holds more relevance than Sunderland, where our city heralds the remains of dozens of former pubs both from centuries gone by and the modern era. Here, we take you through some of these former venues. Which ones are you aware of, or have even visited?

Named after a ship, the Argo Frigate pub was situated near to where the Echo24 building is now. The pub met its demise in the 1970s, and its building was subsequently demolished.

Closed in the mid 1990s and later demolished as parts of Pennywell became derelict, the Eagle sat on Portsmouth road. Many hoped for the pub to be revived, but was instead demolished completely and became part of the new Chester Gate housing project.

The Round Robin, Ford Estate

The Round Robin was a well known, and perhaps infamous venue in Ford Estate situated on Hylton Road. There are many stories to be told about it. The pub was closed however several years ago and subsequently transformed into a Herrons Foods. A sad way to see its life end.

Just off High Street, this historic and ornate pub front has been hidden in plain sight for decades. The Pann Lane pub is a reflection of Sunderland’s glorious past and the bustling life the area held. The good news? This old pub is to be restored to its former glory and reopened! In 2019 an application was lodged with the council to do so, but predictably the plans have been delayed through the pandemic. Let’s hope we see some progress on this soon.

The Butcher’s Arms, the East End

Once upon a time, the East End of Sunderland used to be the heart of the city, containing the bulk of its population. It’s hard to believe that given how we look upon the area today as somewhere quiet, somewhat derelict and lost in time. The Butcher’s Arms was one of the centrepieces of the area situated right next to Holy Trinity Church on Coronation Street. This photo was taken in 1968. It has of course since long been demolished and replaced with housing.

The Eastender: The East End

From Coronation Street to Eastenders, literally in this case. Situated near the River Front in this area of the city sits another former venue called “The Eastender” which has been closed for some time now, remaining there derelict but not demolished. Its box like architecture suggests it was built around the 1960s period.

The Old Twenty Nine was a pub situated near the Cinema area around Sunniside to the East of the City Centre. Described by the Echo as a “Proper Rock Pub”- the venue was famous for hosting music. Unfortunately, it closed at some point in the 1980s and the building it was based in has long since been demolished, which is now one of those green empty spaces around the area.

The Double Maxim was a pub in Farringdon situated off the Durham Road roughly where McDonald’s is now based. Named after the famous Vaux drink, it was popular around the area until it closed in the late 1990s and was later demolished. With the later demise of the Farringdon Club, The Dolphin now stands as the only pub on this estate.

The Prospect was an iconic pub who’s name aptly reflected the four way crossroad it was situated upon, wedged between Plains Farm, the Barnes and Springwell. There are some fond memories of this pub, especially concerning the FA Cup Final in 1973. Sadly in line with a broader decline around the early 2000s, it also closed down was surprised by a Lidl supermarket.

The White Lion, situated on High Street East, is yet another former pub of days gone by. It speaks volumes that as the area declined, most of its pubs went with it. This little gem of the area closed down in the 1980s and has since been converted into flats.

This pub, located in what is now The Point, was a classic. It was fused of course to the former ABC Cinema which occupied most of the building and seemed to fit perfectly with its style. Past versions of this bar used to be called “The Painted Wagon”. Like with many others, this venue did not make it past the 1990s, and the enclave it was carved out of has since been bordered up as part of The Point. We know this spot now as a bus stop.

If we went through every single pub in Sunderland that had been closed, we’d be here all day. There are dozens, if not nearly 100 venues stretching across every suburb, nook and cranny of this city. It is a sad testament that with changes in the way we live and the struggle to run a profitable business, the pub is increasingly becoming a rare species. For those what we have today in Sunderland, our message is this: embrace them, cherish them and look after them. Don’t let our heritage die, and protect the venues we have today so they are not lost to time and demolished like many in this list. We were a grand pub city, we wish for it to be true again.