The Lost Routes of Sunderland: The Lambton Wagonway 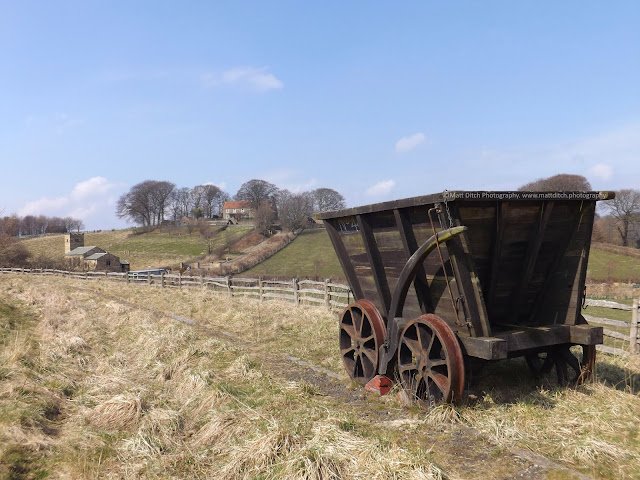 Featured Image: A modern day reconstruction of a coal wagon in Beamish museum.

As the industrial revolution commenced in the late 18th and early 19th century, a hybrid form of railway transport emerged before the formal invention of the steam train. This form of transportation was known as a “wagonway” which involved goods being shifted in carts across a track made out of either wood or iron pulled by animal power, or the limited involvement of steam. In the North East of course as coal mining began to surge in the same period this method became essential and in this period many “wagonways” were created in the region, especially so in Sunderland which due to the river wear became a swift location for mining and exporting it. This brings us to the story of a route most people in the present day have forgotten exists: The Lambton Wagonway.

The Lambton Wagonway was a system that was finally built up from a series of horse drawn routes linking local mines and opened in 1815. It was one of the earliest coal freight lines in the world. Named due to its western terminus being the banks of the River Wear in Lambton and Cos Green, its purpose was to connect Penshaw Colliery, as well as the broader coalfields of County Durham, with the River Wear, as well as connecting into the City of Sunderland where it terminated at the Gillbridge area of the River.

The Lambton Wagonway’s eastern route has been forgotten to history and heavily built over, yet vague remnants of it remain. The wagonway is in fact the predecessor of the forest path in Herrington Country Park, Foxcover Lane and the Barnes Park Extension. Before the A19 was built, the wagonway run through Foxcover in the 19th century and cut through the area of Hastings Hill and Grindon before passing the extension of land between there and Thorney close, some of the footpaths here still seem to mirror its former route on old maps. It then crossed past here into Grindon Lane and diverted away from Barnes park instead crossing over Chester Road, cutting through the cemetery and heading into central Bishopwearmouth where it was along with other rail routes by the mid 19th century, linked to the River in the “Farringdon Row” area.

By the late 19th century, the advent of steam trains had made the Sunderland bound portion of the line redundant and seen it abandoned in 1870. The creation of the Leamside Line and the Hetton Colliery Railways made the need to transport coal wagons by animal power to the River Wear redundant. Since that time however, a few archaeological discoveries have been made which remind of us of the wagonway’s former existence. In 2002 when a new carpark was being built at the Sunderland Royal Hospital, a line of the wagonway was found as a a band of crushed coal waste. They also found a stone lined well from the former Glebe engine which accompanied it. Then in 2018 a section of the Lambton Wagonway was excavated finding impressions of timber sleepers and a stone sleeper.