The Mystery of Ryhope Cave 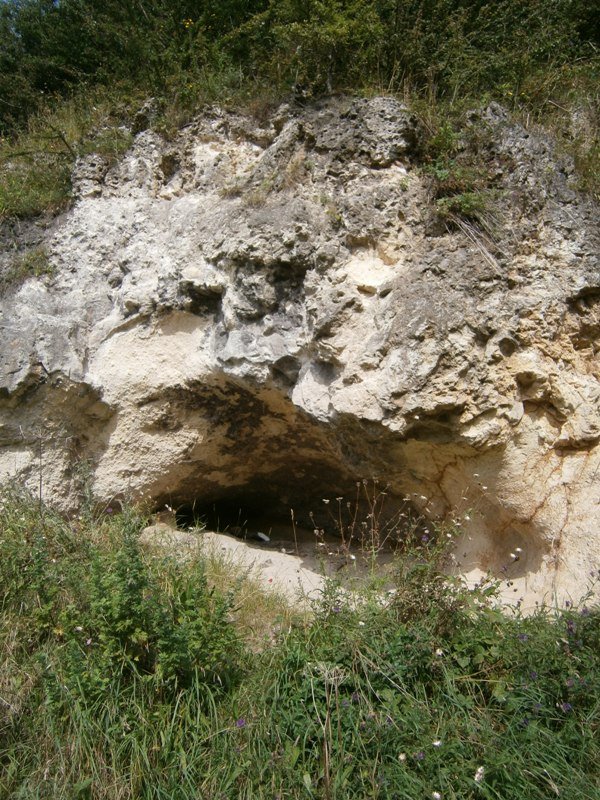 Sunderland Global Media has covered content about Ryhope Beach several times, primarily because it is an incredible place of natural beauty that gets little attention compared to other seaside areas in the city. However, have you ever heard about the discovery of the “Ryhope Cave”? Although stemming from the 19th century and seemingly insufficient in its conclusions, this area remains arguably one of the most interesting Neolithic era discoveries within the city.

The coast of Ryhope, as is the case with most of North East England, consists of a rock called “Magnesian Limestone” of which is easily eroded by the sea. The stone forms the basis of the River Wear valley of which it carved away over tens of thousands of years, and of course spans the huge cliffs running along Roker, Grangetown and Ryhope which the tide constantly eats away at. The easily erosion from the sea has created a number of stunning natural caves and cavities, some are more notable such as the famed smuggler’s “Spotee’s Cave” in Roker, but Ryhope Beach in particular is filled with loads of them and is always an adventure.

It should come as no surprise that the Ryhope and Hollycarrside was used extensively for limestone quarrying in the Victorian Era, and it was this activity that led to the discovery of this particular Cave in what is now the walkway we describe as the “Tunstall Belt” which spans all the way from Plains Farm, across Silksworth, Tunstall, Hollycarrside and into Ryhope. Here in this opening point in the 1850s, a series of skeletons consisting of 5 men, 1 woman and a child were found alongside animal bones from a goat, ox, pig, rabbit, sheep, dog, birds and some fish. Shells and charcoal were also discovered.

Some of the remains were sent to the Sunderland Museum, but others were lost having been removed by local workmen. This has led archaeological progress on the site to stumble, a problem which was further exacerbated by the use of the cave as an Air Raid shelter during the Second World War. This means precisely who these people were and how they died remains a mystery that has otherwise been lost in time. Was this a burial site? or were they also taking shelter?

The caves are reportedly still accessible today, although there is a problem with them being used by yobs who have extensively littered them with empty cans and such. Nevertheless, it remains one of the biggest and most baffling archaeological discoveries on Wearside.