The Pink Slice: How A Simple Treat Became an icon of Sunderland Food 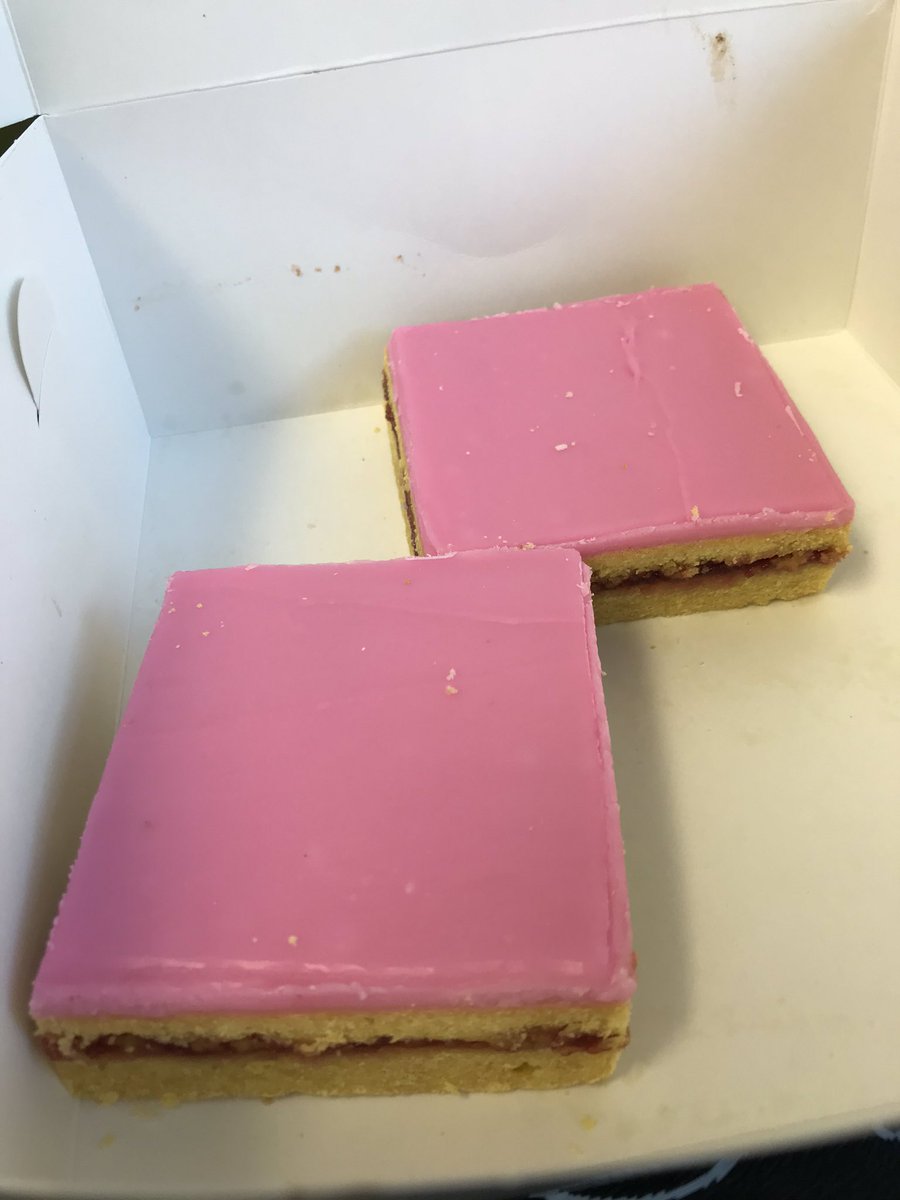 What is known as a “Pink Slice” might be described as two pieces of shortbread, with jam in the middle, topped with a coat of bright pink icing on the top.

It’s a delicious local treat, but it’s also one which has become an icon of Sunderland, understood as being a “local” food item. If Pizzas are Italian, if Tacos are Mexican, then the Pink Slice is Mackem, simply put.

But how exactly? And why? If there is a story to be found behind the creation of the “Pink Slice” it hasn’t been uncovered or researched yet, never mind how exactly it became “affiliated” with the city.

The Sunderland Echo found that its first published reference can be found “in the Be-Ro cook book, first published by the North East company in 1923” so it’s at least a century old.

What we can explore however, is the phenomenon of how “food” attaches itself to one’s own identity and belonging.

Whilst in our globalized world today, we can buy and order any variety of food we want, originating from all parts of the globe. In the past, different food items evolved from different human needs in the context of the economical and geographical conditions societies lived in.

Take for example, another “North East” related food, panackelty. This stew came into being in mining communities as was simple to make and “economic”, as it re-used leftover meat and vegetables. This helped families and was also nutritious for miners having worked long hauls in the pit.

But as food items evolve in different environments, people also start to “identify” with them as a part of who they are. The food becomes a representation of a people or community, which then also becomes its commercial identity as well. Hence, someone sells Sushi, they’re going to associate it with Japan.

Now whilst we don’t know “why” the Pink Slice came into being, in recent years it has been increasingly adopted as a symbol of Sunderland as a whole. The reason this has happened is because people are looking for new ways to celebrate their city and local belonging, finding something unique in this food item.

In the past few decades, Sunderland has struggled immensely with its own “identity” in the face of challenges posed by the closure of shipyards and the emotional trauma of industrial decline. This identity conflict has been further complicated by rivalry with Newcastle, which claims many aspects of the North East as its own.

As a result, renewed interest in the “Pink Slice” is a way of identifying and establishing pride in the city. It allows people to say: “We have our own unique food items!”. Because identity after all, is something relative between various people, and is often driven by the bid to reject something else and assert “difference”.

Thus, an unlikely short bread cake found its way to becoming a local icon, and why not?