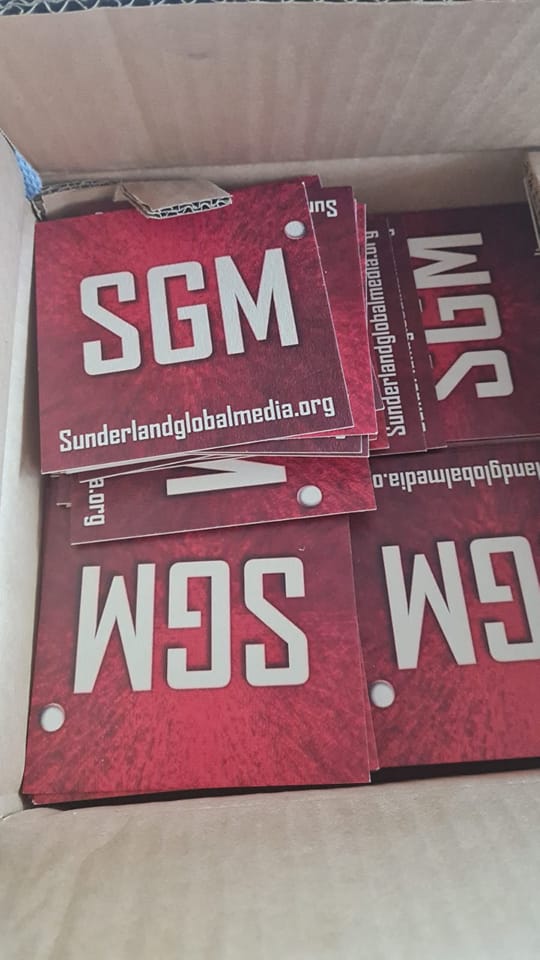 The rise of Sunderland Global Media (SGM) has been extraordinary, and the journey isn’t over yet.

Created in late 2019, the organization was born out of a series of projects which sought to bring a wider revival to the City of Sunderland.

Titled “Sunderland Renaissance“, that project sought to celebrate our city and change impressions of it for the better. You can see our old blog here from 2018.

But if the Sunderland Renaissance, was to be celebrated, something new was needed, something more ambitious and purposeful than a mere blog.

Herein, the decision was made to comprehensively rebrand the project into a news organization that would not only cover local news, but promote Sunderland and its image to the world.

Sunderland Global Media (SGM) was born, taking inspiration from all encompassing broadcasters such as the BBC. In doing so, we adopted our slogan as “Connecting Wearside and the World”.

The goal was of course, not to be a “rival” to established media such as the Sunderland Echo, who will always hold a historical right as the traditional local newspaper of record.

Instead, the goal was to do things differently. You can read The Times of London and BBC news simultaneously, they aren’t the same thing.

At first it was little more than a Facebook page. It was during the opening of the Covid-19 pandemic that the page began to gain serious traction as people desperately sought information on the new situation.

And it grew, and it grew. By 2021, we upgraded from a mere free WordPress blog to a proper hosting website, commercializing ourselves.

We then formally registered as a company, and began to expand our portfolio to include SAFC games. By the start of 2022, we were running news articles on all aspects of Sunderland affairs.

Through social media, our content reaches up to half the city’s population, cementing it as the second most influential news source in the city.

But it wouldn’t stop there. We have grown to the point that even though we are “Sunderland Centric”, SGM is now attracting a growing audience from all over the world.

Our “Baby Owls” video Facebook post went onto to attract over 81 million views worldwide, placing it in that period of time amongst the highest reaching pages in the entire world.

“I’ve been following this page for a while, and there’s always something going on there”– commented a random woman from New Zealand after seeing an incident in Fulwell.

“I’m from Ohio and I love learning about this town”- commented a man from the USA recently.

As a result, we started to create a separate “World Service” alongside our regular content.

Now, we are also approved with Google Publishers and have our own Google Profile. Things are changing rapidly, and we are coming of age as a company.

Despite this, the rise of SGM has been uncomfortable for some, especially as it is a rapidly rising news outlet that has upheaved the status quo in the city. Sometimes new things are scary and uncertain.

This has led to a few misunderstandings. SGM has been attacked as being “pro/anti council”, as being a “negative tory shill” or a sinister “Russian propaganda plot” amongst other things.

Yet our only true agenda and goal is the success of Sunderland itself. We care about Sunderland’s future, its standing in the world and its people, as well as the North East a whole.