The Round Robin, was it the roughest pub in Sunderland? 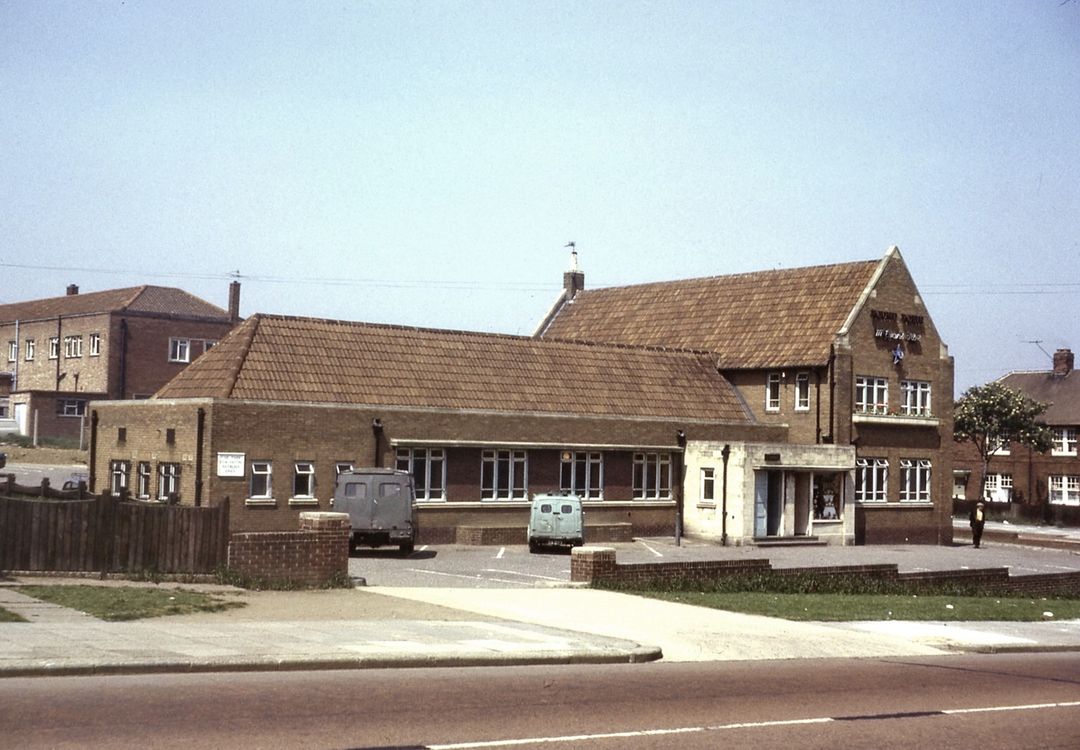 The Round Robin was a pub located on Hylton Road, between Ford and Hylton Lane Estate, to the west of Sunderland City Centre. Although it closed in 2017 and became a Heron’s supermarket (the fate of not only one pub in Sunderland), the venue continues to live on in many people’s memories as one of the “classic pubs” in the suburb areas of the city.

The Round Robin emerged along with a series of post-war pubs and social clubs in Sunderland constructed on the newly built social housing estates of the 1950s. These included bars such as the Dolphin in Farringdon and the Thorndale in Thorney Close,.

For many decades, these new era pubs became the effective “centre” of local communities and life. Many people from the area subsequently have memories of the Round Robin. As local historian Norman Kirtlan once recalled: “New Years Eve, me and my cousins abandoned by our parents while they hit the Round Robin pub til just before midnight, coming back sozzled and smothering everyone with sickly kisses and peace offerings”

In the 1980s, a group of women known as “The Jolly Girls” become associated with the Round Robin Pub. Known as Brenda Bulmer, Marilyn, Jacqueline, Alison Owens, Pam Conlin and Ruth Heskett. The group were regulars in the pub, who became known locally when they did a charity pub crawl in order to raise money for a little girl needing specialist eye treatment.

As the pub aged and times changed, it soon gained a reputation amongst some as being one of the “roughest” pubs in Sunderland, although it is unclear how true this is. Some remember the pub as having a reputation for fighting (although not exclusive for sure). One person said the carpark became known as “‘madison square garden” because of all the fights with glass bottles that took place. There was also once a story in the early 2000s that someone was arrested after trying to sell a baby in the pub.

On the Ready to go forum, the pub became associated with a character known as “Greedminds” who reportedly used to frequent there before he lived in London. It became a running joke that he would offer people out for a fight at the pub by chartering a helicopter up from London.

The reality is of course while incidents can occur, the popular image of pubs are often determined by myths and popular imagination, than the fulness of people’s experiences there. As much as there will be stories about roughness and fighting, there will also be many happy, normal and cherished memories regarding the venue.

It is a sad truth of the world we live in today that the “traditional pub” is in a state of decline. Throughout Sunderland, many once popular pubs have closed and those which are successful, such as The Dolphin in Farringdon, tend to be exceptions to the rule. As lifestyles change, customers in pubs have dwindled whilst running costs have increased. Family run pubs have also struggled to compete with high income chains such as Wetherspoons, who have the income to bring down the cost of drinks. Similarly, big supermarket chains have also allowed access to cheaper and more plentiful booze, all which have undermined the social functions of the pub.

As such, the Round Robin pub came to an end in 2017. The property was purchased and transformed into a Heron’s frozen food supermarket. A similar fate accompanied the former Farringdon club not long after. While we may remember it today, in generations to come there is a fear that aspects of our heritage like this may be completely forgotten. As such, it is the wish of Sunderland Global Media that this article can go some way into preserving its memory forever.