The Story Behind the “Door” Of Mowbray Park 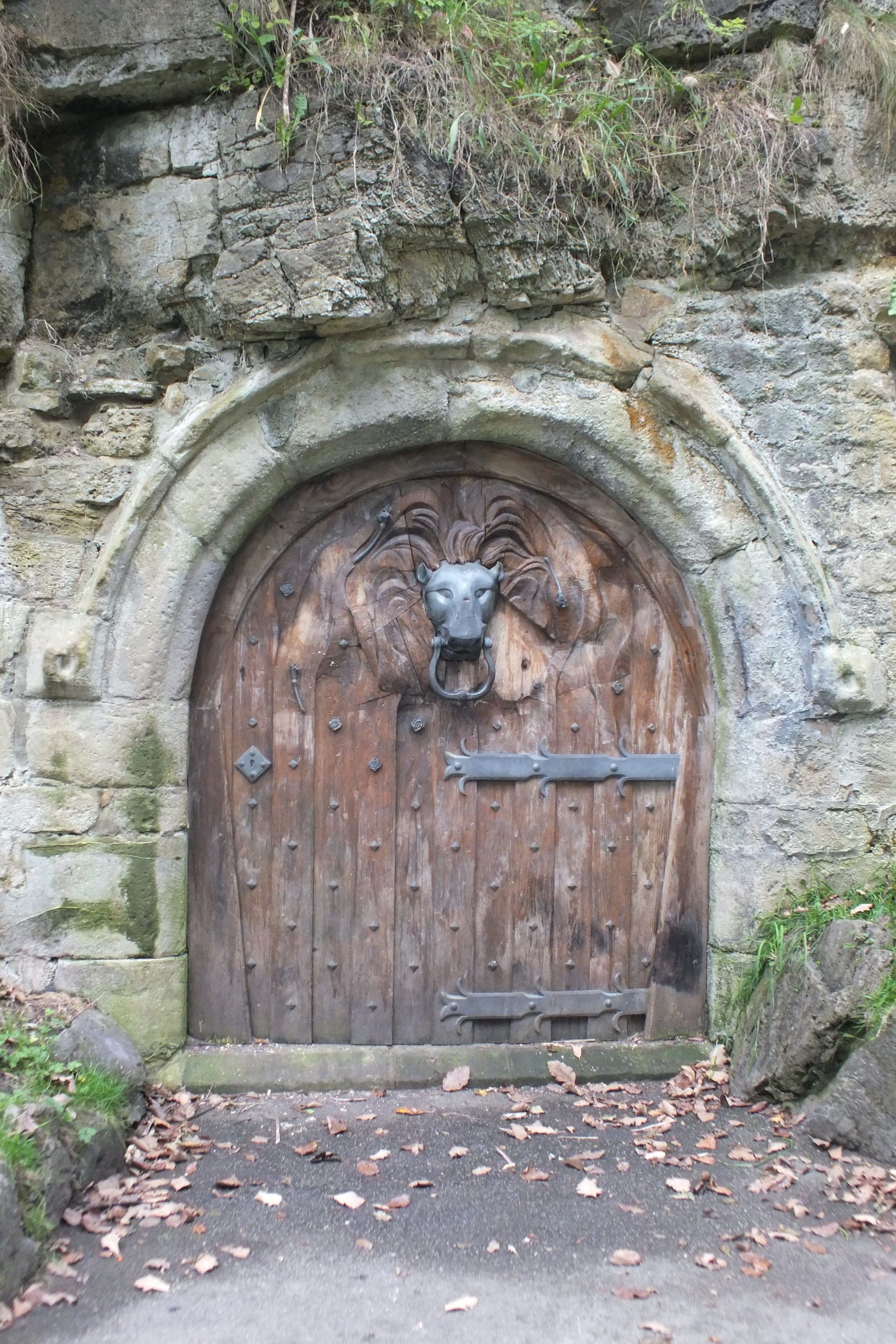 We’ve all seen that “Door” in Mowbray Park before. Situated on the side of a hill with its remarkable Lion knocker on the front, does it lead to somewhere? Does it represent something? Its small size and isolated appearance may lead some to see it in fantasy terms, such as the home of a hobbit, goblin or whatever, but in reality this mysterious feature is in fact the historical representation of something that has been long lost to history: The Bishopwearmouth Rectory.

What is a rectory? A rectory is defined as “the housing that a church organization provides for a minister or priest to live in”. Many centuries ago, the medieval village of Bishopwearmouth had such a rectory, which sat opposite the Sunderland Minister Church and occupied what is now the site of the Empire Theatre and the Dun Cow. Here the rector of Bishopwearmouth Parish, which consisted of most of Southwest Sunderland, used to live.

The historical Rectory was accompanied by a tithe barn, a large garden and a park. The rector also owned a series of lands known as the “Rectory Manor” which spun 130 arces and was compromised of what is now the Cemetery and Chester Road. Unsurprisingly, “The rectory of Bishopwearmouth was extremely wealthy and its incumbents were appointed from amongst prominent clergymen“

So what has got to do with a door in Mowbray Park? The Rectory building at Bishopwearmouth was unfortunately demolished in the 1850s as the area began to rapidly develop, but its doorway arch was in fact taken and placed in the newly built Mowbray Park. Behind that door lies a small cave that was apparently used for storage, the park area also having been a limestone quarry. Then later, the “door” itself was constructed by two local artists, Craig Knowles and Carl Fisher, who modelled it on what the old rectory door what have looked like.

In this case, the door of Mowbray Park is not a random or peculiar art feature as much as it is a remnant of a long lost Medieval history in Sunderland.