The Story of Finchale Priory: The Lost Medieval Monastery on the Banks of the River Wear 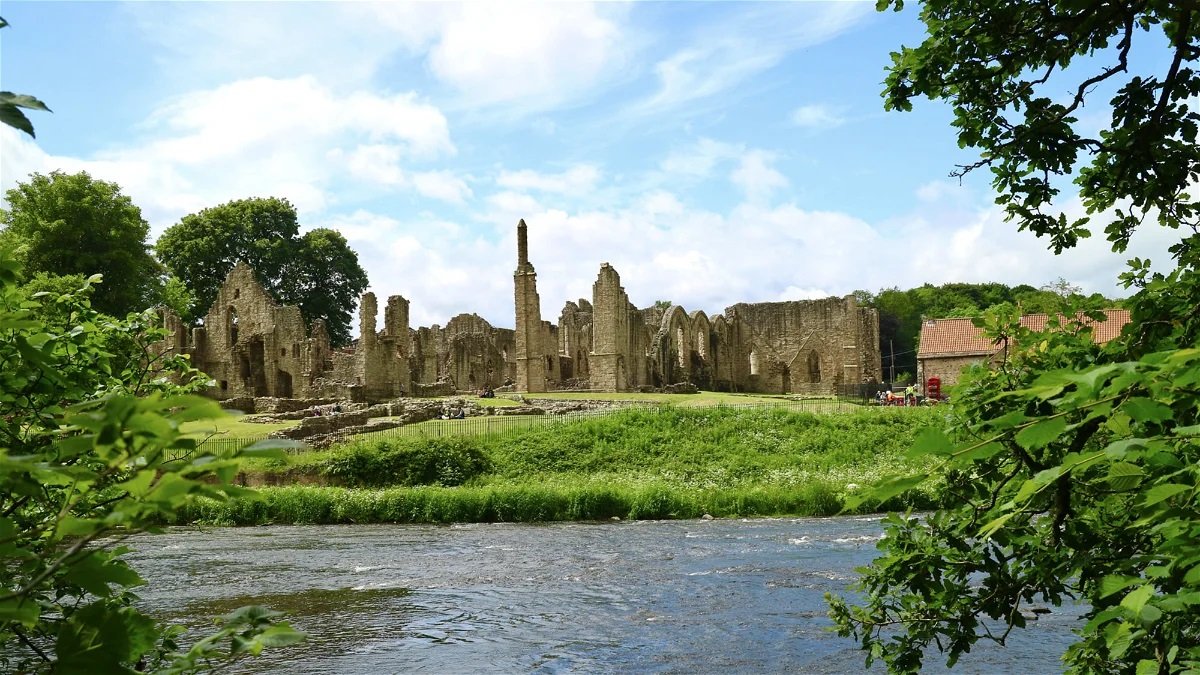 Halfway between Sunderland’s outer periphery and the City of Durham sits the ruins of a former Monastery, hidden within woodland and perched on the banks of the River Wear. Its name is Finchale Priory, which has occupied the site as early as 1196. But what happened to it? And why did it fall into a state of abandonment and decay?

The name of Finchale Priory is derived from a English Catholic saint known as Godric of Finchale, or “St. Goderic“. After claiming to see a vision of St. Cuthbert, he devoted his life to Christianity and serving others, being known for his kindness towards animals, hermit lifestyle and vegetarianism living on nuts, honey and apples. Goderic made many piligramages, including to Jerusalem.

Eventually, Ranulf Flambard, Bishop of Durham, eventually granted him a place to live on the banks of the River Wear, where he reportedly spent 50 years in a series of self-made wooden huts and farms. He also built a chapel which he dedicated to John the Baptist. During this time, several monks of Durham Cathedral came to live with him.

When Finchale passed away, he was buried on this site, which came under the supervision of Durham Cathedral and began to involve into the priory, with new buildings soon built around his former Chapel over the decades. The Priory became a wealthy retreat and a sought after location for Monks to live in over the centuries.

However, it wouldn’t last. In 1536, King Henry VIII sought to consolidate power over the Church in England and suppress Catholicism, which brought in a series of acts known as the “Dissolution of the Monasteries”. Throughout England, Monasteries had their assets seized and land usurped by the crown, leading to many of their facilities even being destroyed. This forced Finchale Priory into closure by 1538, although whether it was subject to physical violence is not clear.

Either way, for hundreds of years the Priory was left to crumble into ruin and was forgotten by the world, with some of its stone being stolen to build structures elsewhere. It would not be until nearly 400 years later, until the 1920s, that public interest was rekindled in the priory due to a growing interest in antiquarianism. This led to the first archaeological and preservation efforts towards it.

Nowadays, the ruins are overseen by English Heritage, and it remains an incredible place to visit on a day out should you seek to walk from either the Raintons in Sunderland’s far Southwest, or from the City of Durham itself. It might be described as a mysterious, isolated and tranquil place to visit that has an air of discovery about it.