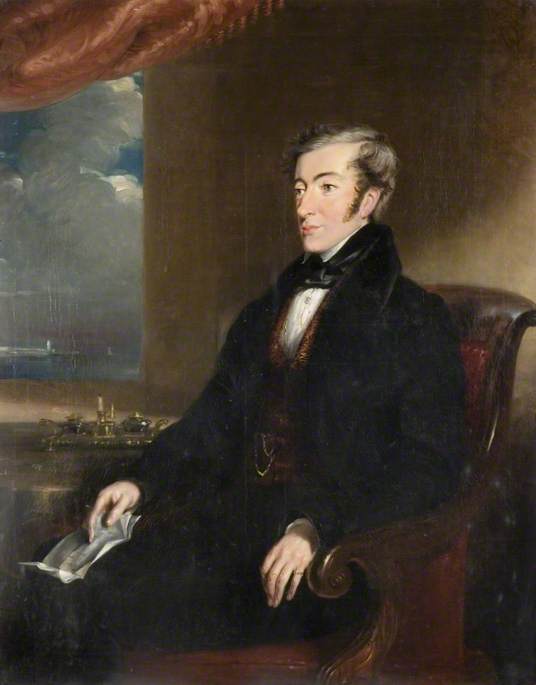 In the 18th-19th and centuries, Sunderland was undergoing a radical transformation. Swelling from what was a small seaside village on the East, it expanded outwards rapidly into a booming industrial town which seen it swallow up the land of Bishopwearmouth, a neighbouring village and parish. With this expansion, the way the area was governed also needed to change. As a newly born large town, Sunderland was christened as a borough in the 1830s and with that came the need for an elected council and Mayor. But who was the first one? And what was his background?

In the late 18th century local industries were dominated by the wealthy, yet humble, White family, making their fortune out of the town’s booming growth. In 1788 in Thorney Close Hall, now the modern estate of the same name, Andrew White was born. His father John, hailing from over the river in Monkwearmouth, owned a series of ships, a local colliery, the Bishopwearmouth Iron Works and a local glass maker. The family were also devoted Methodists. John died in 1833.

When Andrew was old enough, he and his brother Richard were given roles in their dad’s company. Locally prominent and well connected, it was unsurprising that Andrew quickly was able to secure political influence across the town. In 1835, the new borough of Sunderland was created and would for the first time host council elections on December 26, Andrew White and his brother were amongst the first elected, topping the polls for Bishopwearmouth and St. Michael’s wards (the latter still exists today).

The first ever meeting of “Sunderland Council” taken place on December 31st and then on New Years day, 1836, Andrew White became the first ever Mayor of Sunderland. But his journey did not end here. Just one year later, he left the post to stand for the borough’s member of Parliament under the Liberal Party. He is estimated to have spent £16,000 on his election campaign, a much larger fortune by today’s standards. During this time, he lived at the Frederick Lodge, described as “one of the most aristocratic mansions in the town”. As you may have guessed, the present street of the same name is derived from this, and the former site of the manor is the semi-walk way which was known as “the arcade”. During his time as MP, White would personally attend the coronation of Queen Victoria.

Andrew White passed away in 1856, at the age of 68. He did not have any children. His brother’s lineage spanned away from Sunderland over the generations, and is now a prominent military and church of England family.