The Women Heroes of Sunderland’s Shipyards in World War II 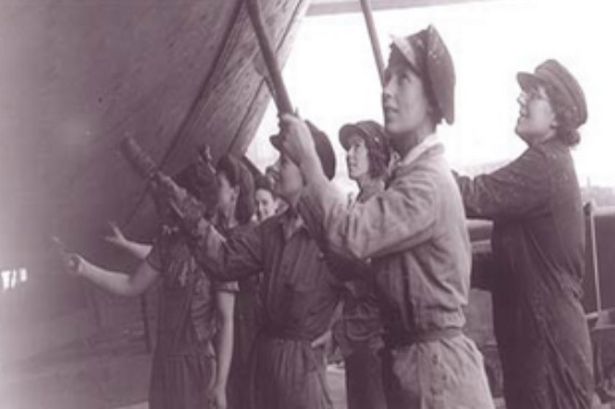 The image of shipbuilding can be seen as a male-dominated industry. However, women were a key part of the North East shipbuilding communities and sometimes their work has been overlooked. Traditionally, women’s jobs in the shipyard included cleaning and polishing at the yards and sometimes providing catering for the launch events.

However, during the Second World War, a shortage of labour meant more than 700 women were recruited into traditionally male roles for the first time. They did exactly what the men did and were also trained into more skilled roles such as welders or plumbers. Sunderland was once known as the largest shipbuilding town in the world and the ships built by women were vital in carrying food and fuel supplies in Britain.

They worked 12-hour days in the freezing wind and rain, and they drive cranes, fixed rivets and welded metal. Out of hours, they had to go back to being housewives and look after their children living in fear as the threat of bombs loomed over them and the fear of husbands and brothers not coming back.

Florence Collard was one of many women that were in the shipbuilding industry. She originally lived in Plymouth but then her husband got called out to fight ad her home was bombed she came back to her roots in Sunderland. She worked as a welder at the Bartram and Son’s Shipyards, and she was the first woman ever to be granted membership to the Boilermaker’s Society Union.

She was a fierce woman, and nothing scared her. She was once drinking a cup of tea at her home until it got bombed and the kitchen was filled with black smoke. Her neighbour led her safely out of it and once she looked down her street and pulled up her coat she said, “I’m going to be late for work”. She turned up to that afternoon shift like nothing had happened and started joking and laughing with the other women at the shipyard.

When the war ended, women were expected to step back into the old ways and some were happy to do so, but the ideas of what it was possible for women to do at the time had changed.