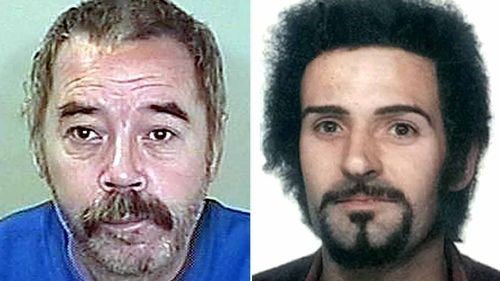 In 1978, a Sunderland man became responsible for a notorious hoax against British police as he masqueraded as the Yorkshire Ripper. Leading to dire consequences.

Born on the 8th of January, 1956 in Sunderland to Sam and Violet Humble. He attended Hylton Road Junior School and Havelock Senior School on Fordfield Road. It is reported that Humble had ‘above average’ school results and gained multiple qualifications before leaving school at 16. He married in 1990 after a six-week relationship, and in the early years of his marriage he was said to have been a good step-father to her two children, but he became abusive toward his wife and was eventually convicted of common assault, leading to the couple’s separation in around 1999.

Between March 1978 and the end of June 1979, Humble sent three letters to the police claiming to be the Yorkshire Ripper. The letters were postmarked from Sunderland and two of the letters were addressed to Assistant Chief Constable George Oldfield of the West Yorkshire Police who was handling the Ripper inquiry, and the other letter was sent to the Daily Mirror.

I am sorry I cannot give my name for obvious reasons. I am the Ripper. I’ve been dubbed a maniac by the Press but not by you, you call me clever and I am. You and your mates haven’t a clue that photo in the paper gave me fits and that bit about killing myself, no chance. I’ve got thigs to do. My purpose to rid the streets of them sluts. My one regret is that young lassie McDonald, did not know cause changed routine up that night. Up to number eight now you say seven, but remember Preston ’75. Get about you know. You were right, I travel a bit. You probably look for me in Sunderland, don’t bother, I’m not daft, just posted the letter here on one of my trips. Not a bad place compared with Chapeltown and Manningham and other places. Warn whores to keep off streets cause I feel it coming on again.

Might write again later I’m not sure last one really deserved it. Whore’s getting younger each time. Old slut next time I hope. Huddersfield never again, too small close call last one.

The reference to “Preston ‘75” was the murder of Joan Harrison. The Yorkshire Ripper was believed to have killed her, but the connection was wrongly thought to not be in the public domain which lead to the hoaxer gaining undeserved credibility through his claim. It remained unsolved until 2011, when DNA evidence in 2011 from the crime scene matched to those of a deceased man named Christopher Smith who had been convicted of other offences which included attempted rape and manslaughter.

Peter Sutcliffe was interviewed and released nine times over five years. Four of these occasions followed the police decision to search for the man heard on the tape. Each time, Sutcliffe was rejected as a suspect because he did not have a North-East accent. In July of 1979, Sutcliffe was interviewed by two Detective Constables who became suspicious. One of the officers wrote in his report that there was good evidence that he was the killer but the document was dismissed because of Sutcliffe’s Yorkshire accent and lack of match to the hoaxer’s handwriting.

“I’m Jack. I see you are still having no luck catching me. I have the greatest respect for you George, but Lord! You are no nearer catching me now than four years ago when I started. I reckon your boys are letting you down, George. They can’t be much good can they?

The only time they came near catching me was a few months back in Chapeltown when I was disturbed. Even then it was a uniformed copper not a detective.

I warned you in March that I’d strike again, sorry it wasn’t Bradford. I did promise you that but I couldn’t get there. I’m not quite sure when I will strike again but it will definitely be sometime this year, maybe September, October, even sooner if I get the chance. I am not sure where, maybe Manchester, I like it there, there’s plenty of them knocking about.

They never learn do they George? I bet you’ve warned them, but they never listen. At the rate I’m going I should be in the book of records. I think it’s eleven up to now isn’t it? Well, I’ll keep on going for quite a while yet. I can’t see meself being nicked just yet. Even if you do get near I’ll probably top myself first. Well, it’s been nice chatting to you George. Yours, Jack the Ripper.

No good looking for fingerprints, you should know by now it’s as clean as a whistle. See you soon, Bye. Hope you like the catchy tune at the end. Ha Ha.”

The recording then finished with a small clip from the song ‘Thank You For Being A Friend’, by Andrew Gold.

Humble spoke with a Wearside accent, being from Sunderland; and this caused the investigation to be moved away from the West Yorkshire area that was home to the real killer, Peter Sutcliffe. This consequently helped to prolong his attacks on women and hindered his potential arrest for 18 months.

The police investigated 40,000 men in the Sunderland area and launched a massive publicity campaign in the press, including the use of billboard posters. There was also a ‘Dial-the-Ripper’ hotline together with full page adverts in the newspapers. This campaign alone cost the police £1m.

While the police had moved their attention to Sunderland, taking the heat off Sutcliffe. He was then able to go on and kill three more women and attacked two others. It was only after Sutcliffe’s confession that Wearside Jack was demonstrated to be a hoax.

However, before Sutcliffe was arrested, Humble phoned Northumbria Police on 14th of September 1975 to anonymously indicate that they had been hoaxed because he felt guilty for misleading the investigation. This was 12 days after Barbara Leach was killed, the first of Sutcliffe’s victims to be murdered after Humble’s hoax influenced the police investigation.

ACC Oldfield took early retirement following what he believed to be a complete humiliation, he died in 1985.

But Humble would not get away with his crimes, it would come back and hit him when he least expected it.

A breakthrough came in 2005 after the case was reviewed again, with better forensic technology than in the 1970s. A small piece of gum seal from one of the enveloped was located in a forensic lab, and following publicity about the cold case review the hoax tape was retrieved. As a result, DNA from enveloped sent by Humble were matched with samples the police had obtained from him in an unrelated incident in 2001 when he had been cautioned for being drunk and disorderly.

Humble, now an alcoholic and a “loner”, was arrested on 18th October 2005. He admitted responsibility for the letters and the cassette, but denied perverting the course of justice. The crime he was later charged for on four counts.

He was tried at Leeds Crown Court on the 9th of January 2006 and initially pleaded not guilty. He admitted to being ‘Wearside Jack’ on the 23rd of February 2006 and on the 20th of march 2006 he changed his plea to guilty on four counts of perverting the course of justice.

He was sentenced to eight years in prison but was released in 2009 after serving just four years of his sentence and was granted a new identity as John Samuel Anderson.

Northumbria Police reported in 2019 that Humble had died at his home in South Shields on 30th July due to heart failure and the effects of his longstanding alcoholism.