What happened to Sunderland’s Jewish Community? Here’s the story. 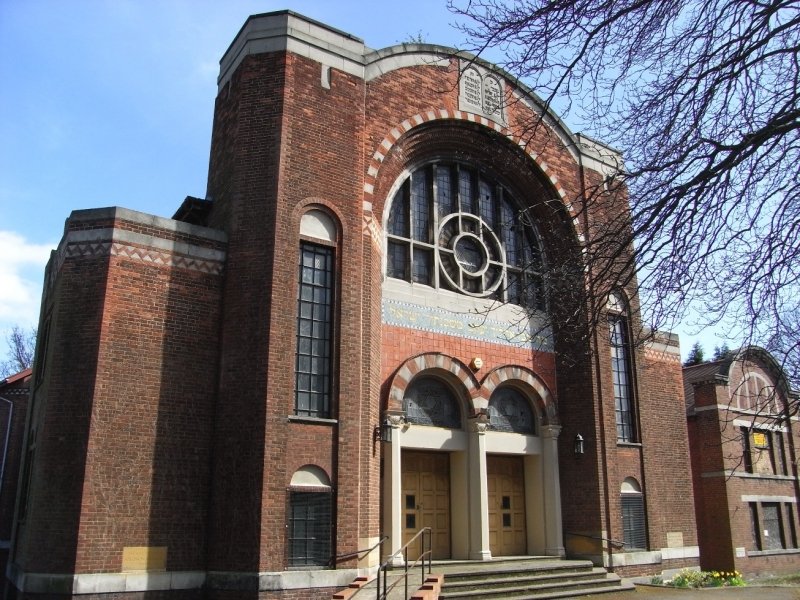 In the Middle Ages, anti-Semitism was the royal policy of England. King Edward I in 1290 had issued a royal edict which sought to expel Jews from the country, following widespread opposition to the practice of Usury and growing anti-Semitic riots throughout the nation. It was a cruel ban which would last 350 years, until Oliver Cromwell lifted it and allowed Jewish people to settle in England again in 1657.

But it was a different Britain than that which their predecessors had left behind. The medieval religious zealotry of the past had faded and now the Kingdom of England was not only entering the renaissance, but also was slowly developing an overseas commercial empire through its growing maritime power, creating a need for new merchants and financiers who arrived from Europe.

And few places besides London were these changing economic conditions more relevant than the port town of Sunderland, who through the 17th, 18th and 19th centuries boomed from a series of small settlements into a mighty industrial trading hub. It was a crucial area for countries on the other side of the North Sea and with it, Sunderland’s first Jewish community arrived from the Netherlands in 1750 led by a man named Abraham Samuel. They would be soon joined by others from Poland.

In 1768, the first Jewish congregation in was established in the Old East End in Moor Street, which was titled Adath Yeshurun. At first their gathered in a house and their first Rabbi would not come until 1790, of which was the time the first synagogue was built on the same street. To begin with, there was only several hundred or so recorded as living in the community. At around the same time, the first Jewish cemetery was consecrated on a plot of land at Ayres Quay, and would remain in use for the next hundred years until the Jewish section at Bishopwearmouth Cemetery made it redundant. An additional Synagogue appeared in 1781 in Vine Street known as the “Polish Synagogue”. The community also built a Miqve bath, a Kosher butcher and a Hebrew School.

The 19th century however would see changes occur which would further swell Sunderland and the North East’s Jewish population, those being the surge of anti-Semitism and pogroms in the territory of the Russian Empire following its expansion westwards into Polish territory in the early 1800s. By 1896, Sunderland’s Jewish population exceeded over 1000 which would double to 2000 by 1934. As the town developed, the centre of the Jewish residence also shifted from the East End, with the original congregation on Moor Street, down towards Ashbrooke.

By the early 20th century, this led to the construction of a new Synagogue on Ryhope Road, which was opened in 1928. The congregation was designed by the Newcastle Jewish Architect Marcus K. Glass in ‘free Byzantine style’.  It was a large well built building with a barrel ceiling painted with the stars and sky, and light by large semi-circular stained glass windows on either side.  On three sides was a women’s gallery.  Membership during these years numbered around 250 families.

But why did Sunderland’s Jewish community decline after World War II? The first reason is attributed to generational cultural change, many of the Jewish families who had been in Sunderland for generations gradually became anglicized, integrated more with the population and lost touch with their traditional Yiddish speaking roots, this slowly dissolved the Litvak Jewish community.

The second reason is economic. Whilst the Jews settled in the booming and growing Sunderland of the 18th and 19th centuries, the 20th century was a story of decline for the city as its industries faded and its economic irrelevance to the nation grew. This seen younger generations and families progressively move away to other parts of Britain.

The third reason is the upheaval and trauma which the Holocaust dealt to Jewish identity. After World War II, the state of Israel was created in 1948 which offered a beacon of hope to Jewish people to start again in a state of their own after facing persecution in Europe. This became a huge pull factor. Additionally, Jews also began emigrating and consolidating in the United States.

Thirdly, in the North East specifically, Orthodox Jewish refugees created a new and larger community in Gateshead, which would become one of the largest in Europe. This created a preferable and more comfortable local alternative to the declining Jewish community of Sunderland. If a Jewish family still had work interests in Sunderland, then the move was a win-win.

By 2004, the Jewish population in Sunderland declined to just 45. In 2006, the Ryhope Road Synagogue closed, symbolically drawing an end to a glorious era in the city’s history. From hereon, it is important that the building is maintained, protected and looked after, and the legacy never forgotten.