Who remembers this Market Square Sculpture? And do you miss it? 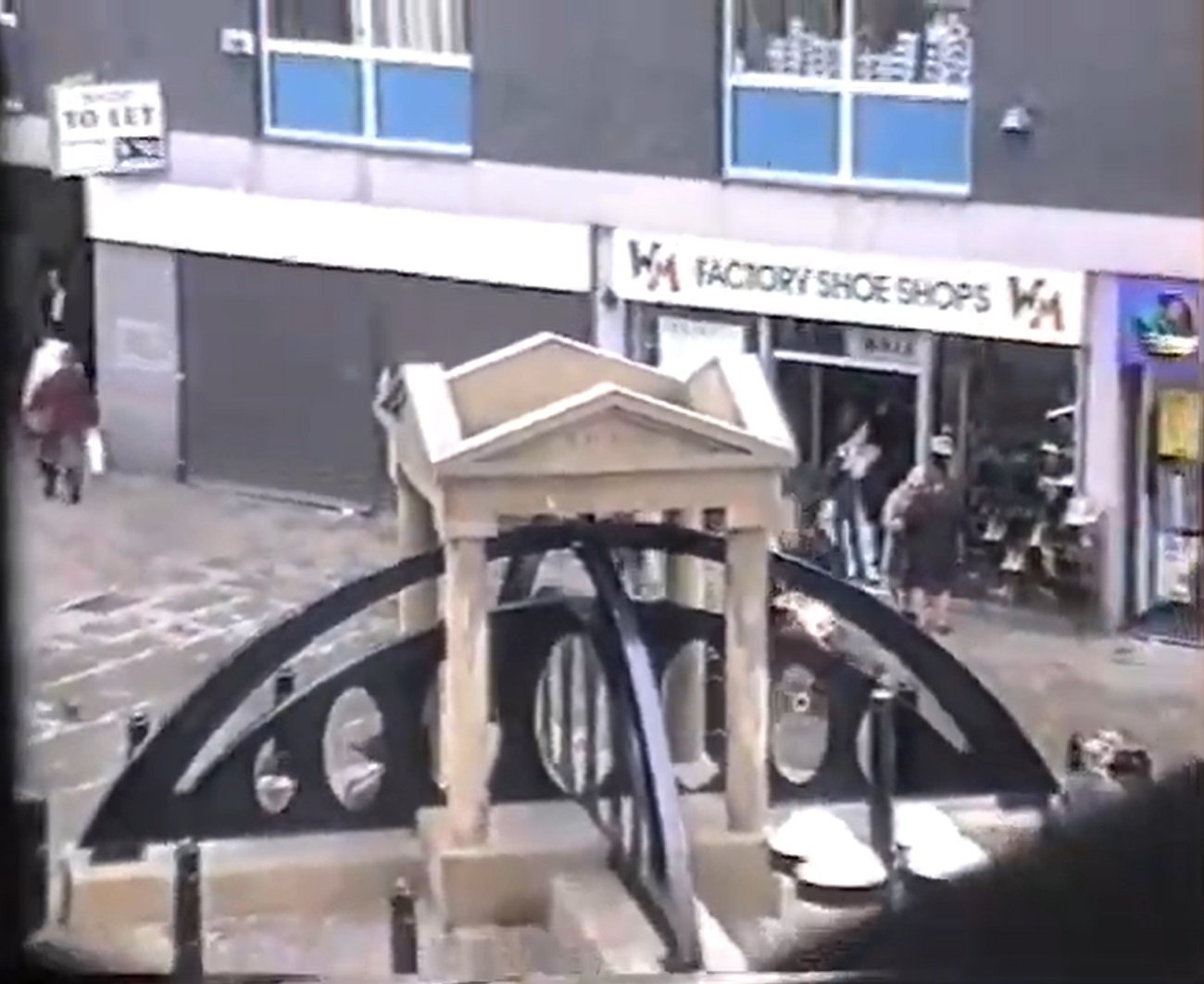 If you were around in Sunderland in the 1990s the chances are you will remember this massive sculpture. Sitting in market square near the entrance of The Bridges shopping centre, this work of art depicted Sunderland’s bridges and Penshaw Monument.

You’ll probably also remember people sitting and eating on it too.

But as the area was regenerated and freshened up, in 2004, this sculpture disappeared and Market Square became an open space.

That leaves us to question, why did the council decide to get rid of it, and do you miss it?

An old report from the Chronicle describes this monument as “controversial”. Created in 1990, it cost the local taxpayer £55,000 to build.

The decision however to finally scrap it was a straightforward one. It is described as being a “target for graffiti artists” and a “perch for pigeons” (and you know what comes with lots of pigeons). It simply became too dirty and too much of a hazard to maintain.

It might be nice to look back at for nostalgic value, but that’s about it.