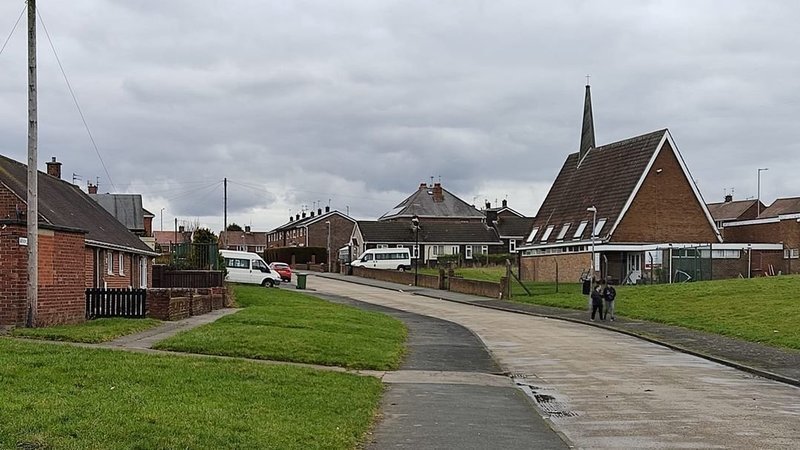 After a long period of waiting for a response, Sunderland Global Media’s Farringdon History organization Farnton.org will be moving ahead in purchasing and installing a Heritage Blue Plaque on the estate, the first of its kind in the area. The plaque will commemorate the site of the former Farringdon Hall estate on Anthony Road, a former manor and monastic grange which had existed since the Middle Ages up until the 1950s.

The history of the site had been almost entirely forgotten to the public until SGM spearheaded a research effort into it last year, revealing its extensive medieval story which involved ownership of the area by the Monastery of Hexham, residence on the site by an influential Durham esquire named Robert Jackson and its existence as part of the township of Silksworth. Farnton.org was subsequently founded as a history community organisation into order to preserve and educate on its heritage.

From that time on Farnton.org and SGM commenced a campaign from late 2020 to establish a heritage blue plaque in the area. Although it received public support, progress was slow given covid-19 restrictions and a longstanding inability of the council’s Sunderland Heritage forum to respond to contact. Now this hurdle has been cleared and the way has been opened to order and install the respective Plaque, although the specific property it will be placed on needs to be reconfirmed.

Along with the research that has been conducted, the nw Blue Plaque will serve to transform Farringdon’s sense of identity and heritage. Whilst some suburbs like Southwick are immensely proud of their village heritage and have installed a large number of these plaques, Farringdon has been an area with an entirely lost history and its identity was vested only its post-war existence. Now however a new continuity to the past has been launched which will connect its population back over 700 years.