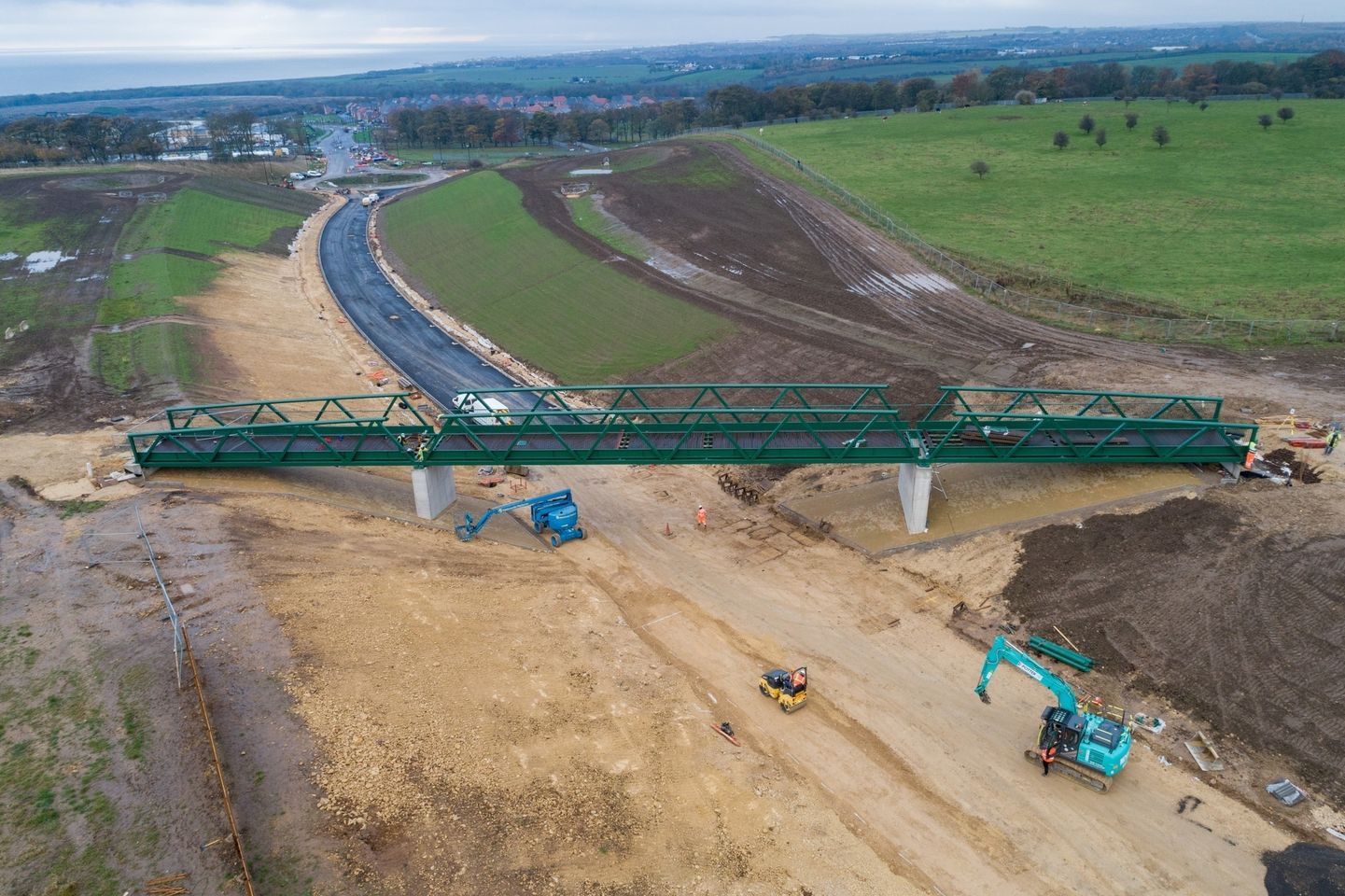 A new footbridge has been completed over the underway Rotary Road, an under construction route which will link Doxford Park and Ryhope.

The council stated that the “new bridge, completed by Esh Construction, will let pedestrians, cyclists, and equestrian users cross the new link road”.

The bridge was put in place by a “250-ton crane” over the past few weeks.

“Once complete, Rotary Road will connect Ryhope to the A19, Tunstall and Doxford Park in the west and link Doxford Park to the Southern Radial Route, enhancing access from the City Centre to the A19 in the south”.

While the route better connects the city, it has not been without controversy from residents, many who have complained regarding perceived destruction of the city’s green belt and a reduced quality of life through more noise and busier traffic, in line with a spree of housing developments across the area.